Ending the incessant unrest in our university system by Bolarinwa Bolaji 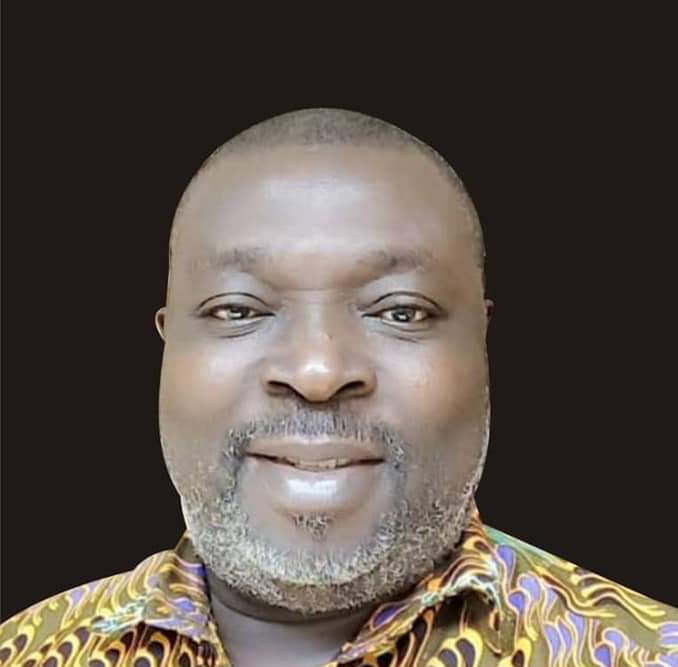 Civil unrest in our tertiary institutions in Nigeria has become a menace that our public educational sector and our country is grappling and battling with year in year out. Of concern is the incessant strike action of the Academic Staff Union of Universities (ASUU), the umbrella body of all academic staff in our public universities. Sadly, the current strike action has been ongoing for the past eight months. It is nauseating that government has not been able to do anything about the strike action. Rather, the members of political class in Nigeria are busy doing their politicking and preparing for upcoming general election while the lives of our youths are wasting away.

It is more worrisome to note that the strike action just like many others before it is embarked upon to force government to honour the agreement that it willingly entered into with the labour union since 2009. The agreement as we were told by ASUU hinges on provision of adequate funding to attend to dilapidated infrastructures and facilities in our public universities, smooth running of our universities and improved remuneration for academic staff so as to make our universities be able to attract expatriates into the services of our public universities.

A key component of efficient and adequate running of citadels of learning is attraction of expatriates into the system. Regrettably, only a handful number of expatriate could be found in the services of our public universities now simply because the remuneration for academic staff in our tertiary institutions are too poor, incommensurate with the services they are rendering, meagre and grossly inadequate when compared with universities of comparable status in other climes where education are diligently and comprehensively well-funded.

The other reason for non-attraction of expatriates into the services of our universities is the lack of good facilities and right tools for working, since no expatriate will like to work in a system where supply of electricity is epileptic, broadband internet coverage is missing and the environment is anything but conducive for teaching-learning situation.  The consequence of this is the large scale brain drain in our system – the best of our academics are in the advance economies of the world where they are well remunerated, have the right tools and facilities to work with and their services are better appreciated.

The advance nations of the world where there is provision of well-funded functional education do know many benefits that would accrue to their country therefrom the investment. That is why they don’t joke with provision of functional education to their citizens unlike Nigeria. A few examples suffice. According to a study made by UNESCO/OECD (Organization for Economic Cooperation and Development), investment in secondary and tertiary education – and not just in primary education – pay rich dividends for emerging economies. The dividends are increased national wealth and benefits to the individuals, for example, a man with tertiary education earns an average of 82% more than a man with only secondary school qualification in Indonesia; while in Paraguay the difference is as high as 300%. Revelation from the study is that the link between education and economic growth over the past two decades was strongest in Argentina, Chile, Jamaica, Malaysia, Peru, the Philippines and Uruguay.

On the other hand, countries where education are not well-funded are bound to be rewarded too, though negatively. Theirs will be army of uneducated youths roaming about their major streets without gainful employment, youths that are vulnerable to wrong religious doctrines that will ultimately make them ready made tool in the hands of unscrupulous politicians for political violence, religious violence and agents of terrorism. The consequence is idle youths that will become devil’s workshop as we have many of them now tormenting the Nigerian society.

Having painstakingly reflected on lack of proper and adequate funding for education in Nigeria with its attendant incessant strike action from members of academics in public universities in Nigeria, as a problem solver, I have come to provide panacea to the menace of incessant strike action from the quarters. I have no doubt in my mind that these measures presented here will go a long way to tackle the problem and provide for us the much-needed stability not only in our public universities but in all our educational sectors.

The first measure is harmonisation of all salary scales for all civil servants and public servants in the country via enactment of a bill at the national assembly. Let all workers working for government either in the civil service or in the public service including political office holders be put on the same harmonised salary scale, after all, workers go to the same market. For it is counterproductive that in the same country, in the same civil service, and in the same public service, whereas some workers are well remunerated, workers such as those in central bank of Nigeria, workers in some parastatals have their graduates earning millions of Naira as monthly salary. Political office holders such as members of parliament earn tens of millions of Naira as monthly salary while very many others, the primary school teachers, secondary school teachers and university teachers and workers in the ministries earn peanuts as monthly salary. This is not acceptable.

Members of the public, civil rights organisations, labour unions, and members of ASUU have been docile on this for long. The struggle ASUU should have been fighting tooth and nail is seeing to it that the injustice of having to pay some workers far ahead of others while others receive meagre salaries is addressed. Whereas members of Nigerian parliaments receives tens of millions of Naira for sitting for less than thirty days in a month, members of academic and other workers that work round the clock in the services of their nation receive paltry hundreds of thousands of Naira in the face of rising inflation ravaging and pauperizing the citizens of the country.

It is pertinent to state that all workers on all the grade levels should be made to earn the same basic salary, the same allowances; in fact, the salary should be consolidated. The simple reason for recommending this is that since all workers go to the same market, there is no reason while all should not earn the same salary in line with their different uniform statuses. With this done, political office holders and members of ruling class in Nigeria will be in the forefront of increase in salary from time to time when their salary is not sufficient for them to cater for their needs. Workers will just wake up one day and discovered that their salaries have been increased!

The other recommended measure is sponsorship of bill for enactment at the National Assembly to compel all public servants and political office holders to have their children educated in public schools. The only reason why the members of the ruling class have shown little or no concern to provision of functional education and proper funding of education in Nigeria is that their children are not schooling in any of our public schools. Rather their children and wards are sent outside the country in search of good and functional education in Europe, America and Asian countries. We all saw when the children of Mr President, that of the Vice President, that of Governor El-Rufai, that of former governor Bukola Saraki, and that of many other public office holders graduated from universities abroad not long ago. Then how and why would they be bothered with what happens in our public universities? Why would they be concerned that there are no good facilities, right items of equipment and tools to train the children of the poor masses in our public universities? Why would they be concerned with incessant strike actions of academic staff of public universities and why would they be concerned with the fact that children of the poor masses are sitting idle at home for the past eight months?

The answers to all these questions is that ASUU, in collaboration with labour unions, NLC, TUC and civil rights organisations should sponsor a bill to the National Assembly mandating all public office holders and would be public office holders to have their children educated in our public schools. If this is done we would see that facilities in our public schools would be upgraded as and when due from time to time. It is obvious to the discerning minds that members of the political class in Nigeria are the most selfish of their types in the world. That is why they steal public funds to get the best for their family members; for they wouldn’t want their children and family members not to have the best of all education.  An example suffices, governor El-Rufai in his usual characteristics of always wanting to play to the gallery, decided and informed the public that his child would start attending public schools henceforth; indeed he enrolled his child at a public school in Kaduna. Little did the public know that months before the decision, governor El-Rufai had gone ahead to release fund for the complete overhaul of the facilities and amenities of the school! Not until the school is completely face lifted, the precious child of the Kaduna Governor did not start attending the public school.

Of course, there is the need to give kudos to one of the public officer holders, Representative Sergius Ogun representing one of the federal constituencies in Edo state who advocated right on the floor of National Assembly  that a bill be passed to compel all political office holders to make their children and wards attend public schools. He opined that this measure will go a long way to address the funding problem for our public schools. Indeed he was right.

It is on this note that I am calling on ASUU leadership to refuse being ambushed by the Federal Government as they want to do now. Let there be a change in tactics. I recommend that ASUU call off the strike and embrace the pursuit of implementation of this panacea as postulated here. Let ASUU resume work but team up with NLC, TUC and other progressively minded civil rights organisations to sponsor two bills to the National assembly, the first one to be on harmonisation of salary of all workers in Nigeria with that of public office holders, inclusive of members of National Assembly in the manner as I discussed above. While the second bill should be to compel all public office holders, would-be public office holders and members of the ruling class to have their children and wards educated in our public schools. Let ASUU, NLC, TUC and civil right organizations be at alert and be prepared to shut down civil service, public service in case the members of National Assembly and the ruling class refuse to have these bills passed and assented to by the President as a matter of urgency. They should insist that its implementation is commenced before the next general election. This struggle is long overdue. This is the right way to go.

Dr. Bolaji, an associate professor of mathematics, writes from Abuja, and can be reached at bolarinwa.s.bolaji@gmail.com