Umahi: Impunity, falsehood and denials as governance by Owei Lakemfa

By EditorOctober 11, 2022No Comments6 Mins Read 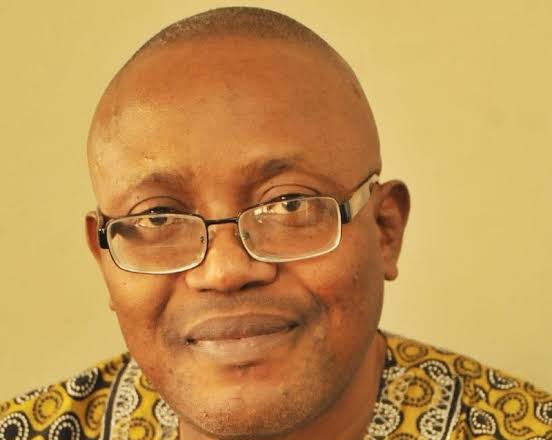 Governor  David ‘Dave’ Nweze Umahi of Ebonyi State reminds me of the colonial District Officer who was a law unto himself. I know Abakaliki, the state capital  was  a major centre for slave trade  four centuries ago, but Umahi governs the state as if it were still a slave colony where people have no rights.

This was my conclusion on reading his latest drama. Last  Tuesday October 4,   2022, that is three days after we marked our 62nd Independence Day, Umahi  went to inspect on-going work at the Ebonyi Airport, Onueke. A viral video showed soldiers flogging people in the presence of Umahi. Those being  dehumanized  were forced to sit on the road while soldiers liberally applied the horsewhip. They were said to be civil servants being punished for allegedly reporting late to work at the site.

Umahi in a public statement by his government did not deny letting soldiers loose on the victims, but claims they are “miscreants” not civil servants. In his version of the events as presented  by his Commissioner for Information, Uchenna Orji, Umahi  claimed that the victims of this illegal and inhuman treatment  are miscreants who attempted: “to block the Airport gate and inflict fear on those working at the on-going International Airport and possibly embarrass the Governor…”

If the victims are civil servants, Umahi ought to know that flogging is not in the Civil Service rules and that there are disciplinary procedures. But even if they are  “miscreants” he has no right to let soldiers brutalize  the victims  who as human beings, have fundamental rights including to fair hearing. Whipping is a punishment which only the courts can pronounce. Even if Umahi assumes he is the law, he is not the court and only the courts can interpret the law.

Umahi’s  misuse of soldiers is unpardonable and a self-respecting institution like the Army should withdraw its men as  Umahi presents soldiers as a brute force that violates the constitutional rights of fellow citizens. In any case, what is the business of soldiers as guards or enforcers of governors? Is Umahi aware that after a cumulative 29-year military, Nigerians resolved not to involve soldiers in civil matters beyond their constitutional roles? In a true democracy, Umahi’s misbehaviour should have earned him an impeachment or he would have been forced to resign.

Umahi is never far from falsehood; in this case, he claimed that the viral video on his show of shame  was a “doctored footage” This has been fact checked by the media like Ripples Nigeria and his claims found to be false.

Umahi had on October 5, 2019 engaged  in another amazing drama and a follow-up attempt to fictionalize it. On that day, he told  guests at the  Executive Chambers in Abakaliki:  “Yesterday night, I was coming back by 12 midnight… but when we got to Onicha, they (mourners at a wake-keep) blocked the road. Even with the litany of army and the police and everything, they did not even want to open the road. Then I said they should arrest all of them, but most of them ran away.” Then he dropped a bombshell: “Next time the ADC should order for a shoot. It is very illegal to block the governor. And if anybody is killed in the course of that, it is allowed in the law.” When a shocked nation reacted negatively to a governor ordering mourners who allegedly block roads to be shot at sight, Umahi tried to deny it, but unfortunately for him, the audio of his primitive, criminal  and unconstitutional directive was obtained by the press.

There was yet  another bizzare directive that calls to question Umahi’s appreciation of reality and human life. He had  in March, 2020, during the Covid-19 lockdown, claimed that some people who entered the state illegally, had escaped from the quarantine centre. He then ordered security operatives to shoot at sight any such person  that tries to escape from the quarantine or  isolation centres.

So, there was to be no issue of arresting such people or prosecuting them. Their alleged offence in the eyes of Umahi, carries not just the death penalty, but the alleged violators  had no right to fair hearing or appeal; they were to be summarily executed.  Not even in the days of military misrule was such crudity and absolute disdain for human life displayed.

On September 17, 2022, a solidarity rally in the state  by supporters of the Labour Party Presidential Candidate, Peter Obi was violently disrupted. Not unexpectedly, Umahi, like Pontius Pilate, washed his hands off the attack. But he narrated through his Special Assistant on Media and Strategy, Chooks Oko, what he claimed led to the suppression of the rally.  “the relevant government agencies had approved the use of Abakaliki township stadium for a rally by the Labour party subject to the payment of some specified fees. Rather than pay the fees, it was gathered, the organizers chose to empty into the streets causing some untold hardships on the hapless citizens going about their daily pursuits.” End of matter.

There were agitations that in line with the unwritten rule of the political class, the Presidency having been held for two terms by the North, should shift to the South. There were also calls for micro-zoning; that with President Olusegun Obasanjo having come from the South-West and President Goodluck Jonathan from the South-South, the South-East should produce the next President due for delivery in 2023.  Umahi must have seen this as his opportunity to extend his style of governance to the entire country, so on  November 17, 2020 he moved to the All Progressives Party, APC, the ruling party at the centre. He  was doubtlessly  conscious  that by cross carpeting, he would be legally required to vacate his seat as it is parties that contest elections, not individuals. So, the votes in an election,  as upheld by the Supreme Court in the Amechi Vs INEC case, belongs to the party. But to people like Umahi  ‘the law is an ass, an idiot’ and he was proven right in this case.

Then in 2022,  he ran for the 2023 Presidential Primaries of the APC, but seeing he had overestimated his relevance, ran away. By the time  he ran to Ebonyi, the valid  primaries of his Ebonyi South Senatorial elections had been held, and he was not even a candidate.  Umahi  thought  his best option was to get his cronies to conduct a second election, after all, to him, the law is an ass. Painfully, he was once again, proven right. Just like the governorship, he would get there by  hook or by crook.

So, Ladies and Gentlemen, let us welcome in-coming Senator David ‘Dave’ Nweze Umahi to the next Senate!