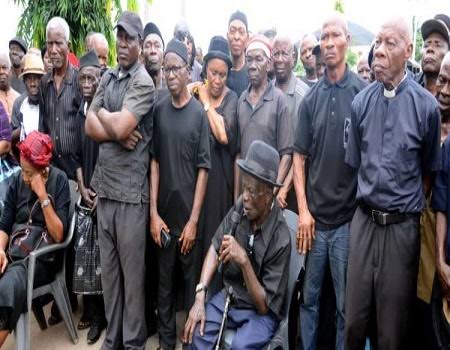 PENSIONERS IN ABIA STATE HAVE THREATENED A SHOW-DOWN WITH GOVERNOR OKEZIE IKPEAZU-LED GOVERNMENT. This is as a result of months of unpaid pension which has plunged them into debts and misery.

The senior citizens who claimed that a number of their members have been forced to their early graves as a result hardship following the backlog of pension arrears, vowed to fight back with their last pint of blood.

In a communique issued after their monthly congresses in Umuahia, the pensioners claimed that the state owed them for a cumulative 37 months from 2014.

The pensioners also demanded immediate reversal of the take over of the payment of Local Government pension by the State Ministry of Finance, saying that the action is counterproductive.

Below is a full text of the communique obtained by Ikengaonline:

“COMMUNIQUÉ ISSUED AT THE END OF THE STATE COUNCIL MEETING OF THE NIGERIA UNION OF PENSIONERS, NUP, ABIA STATE, AT THE MARGARET SCHOOL HALL, 40 AZIKIWE ROAD, UMUAHIA, ON THURSDAY, 3RD MARCH, 2022

“It is relevant to note that in the six to seven months (January – June/July) pensions paid in 2021, Pensioners got 50% or less of their take home package. The Council is not comfortable that this pension slashing was a unilateral decision of Government which did not specify how long it will last or what will be done about the slashed percentage. These questions are begging for answers and the Council in session demands satisfactory clarification.