The case for Igbo president by Ike Okonta 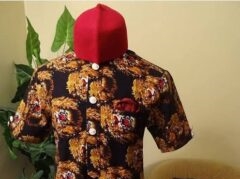 On the morning of January 15, 1966, five majors, mainly Igbo, mounted a coup and ended the life of the First Republic. Their complaints, as enunciated by Major Chukwuma Kaduna Nzeogwu, leader of the coup in the Northern Region, were legion: the politicians were corrupt; they were incompetent; they made Nigeria look big in the eyes of the international community while in fact they did everything in their power inside the country to hobble her.

These complaints are legitimate; but the manner with which the majors executed the coup was wrong-headed. They killed Ahmadu Bello, Premier of the North; Ladoke Akintola, Premier of the West; and Tafawa Balewa, Prime Minister of the country. Several senior military officers, mainly of northern extraction, were also killed. The pattern of the killings—Igbo military officers and politicians were spared—created the impression that the coup was a classic power grab by the Igbo. This was the argument offered by Major Murtala Muhammed and Captain Theophilus Danjuma when they led other northern officers and men to stage a revenge coup in July 1966.

But Murtala Muhammed and his party did not stop at killing Johnson Aguiyi Ironsi, an Igbo major general who had taken over as Head of State following the botched January 1966 coup. Ordinary Igbo living in the North were targeted and slaughtered like chicken. This pogrom was to trigger a chain of events leading to the secession of the Eastern Region, going by the new name of Biafra, from Nigeria. Col. Yakubu Gowon, a northerner, who had assumed power following the death of Ironsi, refused to let Biafra go. He invaded the new republic with Federal troops in May 1967 and civil war raged between the two entities for thirty months. Biafran officers surrendered in January 1970 and the Igbo and other easterners were forcibly returned to Nigeria.

Recall that at independence in October 1960, Nigeria rested on an unstable tripod. The Hausa-Fulani dominated the North; the Yoruba ruled the roost in the West; while the Igbo determined events in the East. All three met in Lagos, the capital, to thrash out a federal system of government with Tafawa Balewa, a northerner, as prime minister, flying the flag of the Northern People’s Congress. But the civil war upended this arrangement. The Hausa-Fulani and the Yoruba had collaborated to prosecute the war against Biafra. And they did so in a most brutal fashion. They deployed starvation as a weapon of war, depriving millions of Igbo children of food. Kwashiorkor killed more people in Biafra than the bullets fired by Federal troops. It was, in short, a genocide.

The war over, the winning parties began to share out the booty among themselves. Oil, mainly obtained from the Niger Delta, was the glittering prize in the 1970s and 1980s. Several decrees were enacted by the Federal Government nationalizing this oil and sharing the proceeds mainly between the Hausa-Fulani and Yoruba elite. It was not discussed openly, but the unstated policy of these two groups was to ensure that the Igbo remained second-class citizens in Nigeria.

The post-war policy of confiscating the bank accounts of the Igbo, palming them off with a derisory twenty pounds per account holder; the indigenization of businesses in 1973 when a war-devastated Igbo business elite was in no position to participate; and the creation of state in such a way that the Igbo ended up with the least of the three power blocs, all say clearly that they, the Igbo, would continue to pay for their ‘effrontery’ in declaring Biafra.

With the return of partisan politics in 1979, the Igbo mainly backed the Nnamdi Azikiwe-led Nigerian People’s Party (NPP). One of their own, Dr Alexander Ekwueme, was to emerge Vice President on the platform of the northern-dominated National Party of Nigeria (NPN). Perhaps, Ekwueme would have succeeded Shehu Shagari as President in 1987 if the armed forces led by General Muhammadu Buhari had not intervened through a coup in December 1983. This was the closest the Igbo have been to clinching the number one position in Nigeria in a democratic dispensation. Alexander Ekwueme tried again during the convention of the People’s Democratic Party (PDP) in 1998, but the overwhelming consensus was that the Yoruba be given the Presidency following the death of Moshood Abiola, a Yoruba, who had won the 1993 presidential election which was subsequently annulled by General Ibrahim Babangida.

We can see from the preceding statement that reserving the presidency for a specific ethnic group because of injustice done to it in the past is not a new practice. Olusegun Obasanjo emerged president in 1999 because of this consideration. The other two power-blocs—the Yoruba and Hausa-Fulani—have had their turn as President and it is now clear that the 2023 presidency should go to the Igbo. But it should not be all-comers affair. Igbo leaders of thought should dig deep and search out an Igbo with towering intellectual and moral credentials who will not only do credit to the ethnic group as president but pull Nigeria out of the morass in which she has been trapped since independence in 1960.

I have always been uncomfortable with the idea of ethnic preferment in politics. But Nigeria is a multi-ethnic country. Secondly, it is still a relatively young country and its socio-cultural institutions are yet to meld fully into a truly united nation. The forces of secession are still powerful, and those of us who are desirous of a united Nigeria will continue to insist that only a truly federal arrangement wherein the various ethnic groups, grouped in states that are relatively autonomous, is the way to go. Arranging our politics in such a manner that all significant ethnic groups are allowed to taste power in the centre periodically is part and parcel of this complex ethno-federal balancing.

Thus, the Igbo should not be shy and should come out in public forums and declare that it is their turn to give Nigeria a President. My hope and prayer is that the day will come when ethnic balancing will be discarded and ordinary Nigerians allowed to vote for candidates simply because they are Nigerians.

Dr Okonta was until recently Leverhulme Early Career Fellow in the Department of Politics at the University of Oxford. He presently lives in Abuja.