Nigeria does not have a constitution – Femi Falana 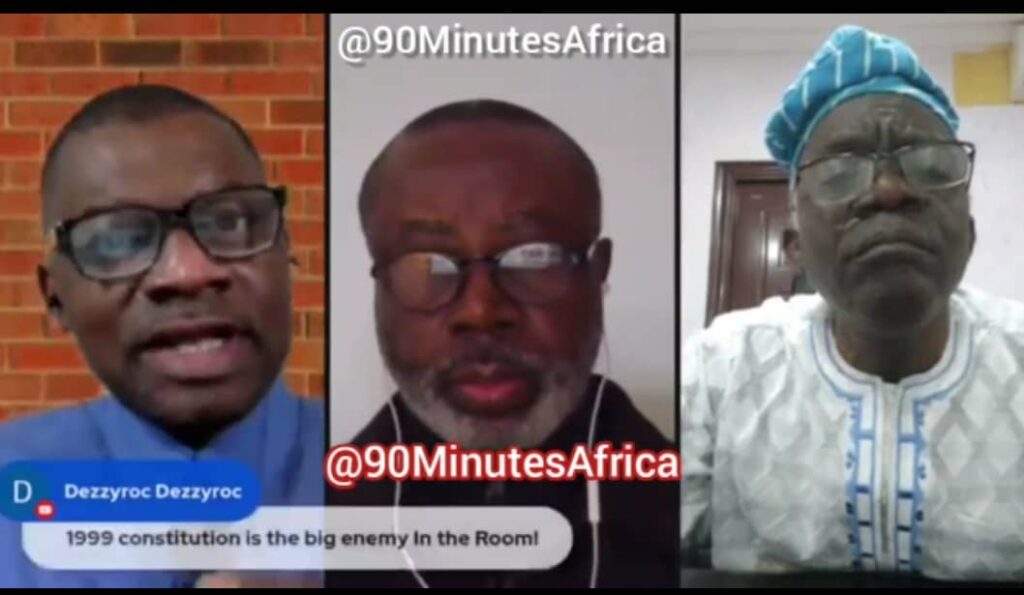 Nigeria does not have a constitution, according to renowned human rights lawyer, Femi Falana. The Senior Advocate of Nigeria said this on Sunday on 90MinutesAfrica hosted by Rudolf Okonkwo and Chido Onumah. “What we call a constitution or what our courts refer to as a constitution is a legal document which is better called Decree 24 of 1999 signed into law by Gen. Abdulsalami Abubakar,” he noted.

Falana, who is a principal partner at Falana and Falana Chambers, said the Nigerian constitution is not “a legitimate document, but a legal document which we had all thought was going to midwife civil rule that will ultimately lead to genuine democracy in our country.”

General Abdulsalami Abubakar (rtd) who served as the last military ruler in the country, supervised the transition to civil rule which saw Gen. Olusegun Obasanjo (rtd) emerge as a civilian president in 1999. Nigeria’s current constitution was signed into law as a military decree and handed over to the civilian government after the election in 1999.

Commenting on those who claim to be progressives serving in the current government, Falana said their “activities have shown that the word progressives has assumed a new meaning in Nigeria.”

He noted that in the context of Nigerian politics the word progressive has become meaningless. According to him, any political party that functions like a “parastatal of the federal or state government” cannot claim to be progressive. “Political parties should be an organisation of the people not the governors or the president,” he stated.

He revealed that his group was in the process of forming a mass-based political party that would make the interest of the Nigerian people its priority.

Falana decried the way politicians move from one party to another. He noted that before now people could easily predict along which lines political parties would vote on a particular issue based on their party ideology.