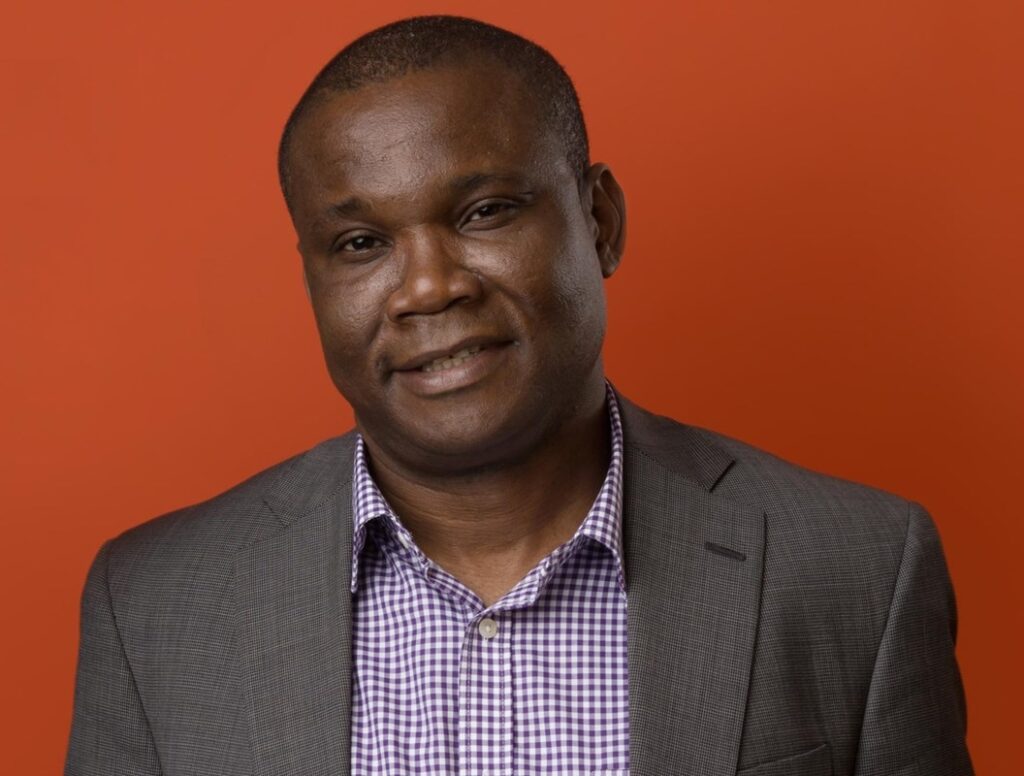 It has been a year since the passage of Innocent Chukwuma, my friend, brother, and Comrade. It looks like yesterday when I got that devastating response from Prof. Chidi Odinkalu saying, “We may have lost Innocent.” I had called in response to a barrage of WhatsApp messages from Chidi, which started with, “Good evening, sir. How are you doing? Family? Have you heard about Innocent…?”

Innocent Chukwuma, or Innoma, as I called him, was 55, and the immediate past Regional Director (West Africa) of Ford Foundation. He was full of life and ideas. His death was devastating in many ways. It depleted the ranks of civil society and human rights activists in Nigeria, which have suffered severe blows in the last two decades from the death of the inveterate organizer and leading democracy activists, Chima Ubani, in 2005, to the consummate scribe and Principal Private Secretary to former Edo State Governor, Comrade Adams Oshiomhole, Olaitan Oyerinde, in 2012, to lawyer and human rights activist, Bamidele Aturu, in 2014, to former President of the National Association of Nigerian Students (NANS) and Executive Director of Alliance for Credible Elections (ACE), Emma Ezeazu, in 2015, to radical communication scholar and activist, Dr Yima Sen, in 2020, to the political activist and national publicity secretary of Afenifere, the Pan-Yoruba socio-cultural group, Yinka Odumakin, on April 3, 2021, and many others.

Innocent Chukwuma died on Saturday, April 3, 2021, 24 hours after he was diagnosed with Acute Myeloid Leukaemia (AML), three days before he was due to travel to the University of Oxford to commence writing his autobiography after eight years in charge of Ford Foundation, West Africa.

Innocent and I had life-long friendship which started in the late 1980s as student activists—he at University of Nigeria, Nsukka, and I at the University of Calabar. We both served in the same orientation camp in Maiduguri, Borno State, for our NYSC and would later connect in Lagos after service. As young men trying to find our feet in our different endeavours—he worked at Civil Liberties Organisation (CLO), Nigeria’s foremost human rights organisation, while I was a reporter at the TheNews—his flat which he shared with two of his Mbaise kinsmen, Okey Nwaguma, the Executive Director of Rule of Law and Accountability Advocacy Centre (RULAAC) and Dr. Geoffrey Anyanwu, was a weekend getaway for me.

In my friendship and collaboration with Innocent Chukwuma, which spanned more than three decades, what has remained with me, beyond the banters and social engagements, are the conversations we had about the future of Nigeria. These conversations started from what Innocent and I have in common: 1966, the year of our birth.

As with everything about him, it started as a joke. He had teased me about the fact that he was two months older than I. I ignored him. Then he got serious, reminding me that 1966, the year of our birth, was a pivotal moment in the history and political evolution of the country. Of course, I knew that, but it wasn’t something I had thought about deeply in terms of how historical coincidence could trigger an attempt to confront the Nigerian malaise. Innocent had suggested the formation of a group, the “Class of 66,” to undertake that task.

On January 15, 1966, barely six years after independence, the country witnessed a military coup, which truncated the First Republic with the assassination of the country’s first Prime Minister, Sir Abubakar Tafawa Belewa, the Premier of Western Nigeria, Chief Ladoke Akintola, and the Premier of Northern Nigeria, Sir Ahmadu Bello, among other high-profile casualties. On July 29, 1966, there was another coup, which overthrew the government of Gen. Johnson Aguiyi-Ironsi, Nigeria’s first military head of state. He and his host at Ibadan, the first military governor of the Western Region, Lt. Colonel Francis Adekunle Fajuyi, among others, were assassinated. The ugly consequences of these two events would spill over leading to a civil war, which lasted from July 1967 to January 1970.

Fifty-two years after, the country has yet to make any meaningful effort at national redemption. It is no surprise, therefore, that the leadership is rudderless and the country remains comatose. Innocent would be shocked at what the country has become in the last one year, a veritable killing field awash with the blood of compatriots spilled daily courtesy of ruthless kidnappers, bandits and terrorists who have capitalized on unexampled poor governance to share coercive powers with the state and carve out territories of their own in the forests and highways.

Innocent Chukwuma, indeed, was many things to different people. One of his legacies is the Oluaka Institute in Imo State, a technology incubation village, which he set up to bridge the technology gap and tackle youth unemployment.

As part of the first-year remembrance, Josephine Effah-Chukwuma, Innocent’s widow, and CLEEN Foundation, the organisation he founded in 1998 and led for many years before joining Ford Foundation, have lined up several activities befitting a man who was at home with creative ideas and solutions. “Impact and Legacy. Those are the two words that best define Innocent’s life on earth,” notes Josephine Effah-Chukwuma. Anyone who knew Innocent or even met him for a few hours would agree.

On Thursday, April 7, in Abuja, there will be an official launch of a foundation in honour of Innocent Chukwuma, the Innocent Chukwuemeka Chukwuma Empowerment Foundation (ICCEF). This will be followed by the official launch of an academic chair and fellowship, the Innocent Chukwuma Social Impact Chair and Fellowship (ICSICF) on Friday, May 13, the day he was interred a year ago. The chair and fellowship are being hosted by the Lagos Business School with support from Ford Foundation. On that day, there will be a reading of excerpts of Innocent’s biography being written by Dr Nduka Otiono, Associate Professor and Graduate Program Coordinator at the Institute of African Studies, Carleton University, Ottawa, Canada. This is being done with support from Ford Foundation.

It is heartwarming that Josephine Effah-Chukwuma and her children, Chidinma, Amarachi, and Nkechi, as well as CLEEN Foundation, Ford Foundation, friends, and associates, have come together to remember and celebrate Innocent Chukwuemeka Chukwuma. He would be proud.