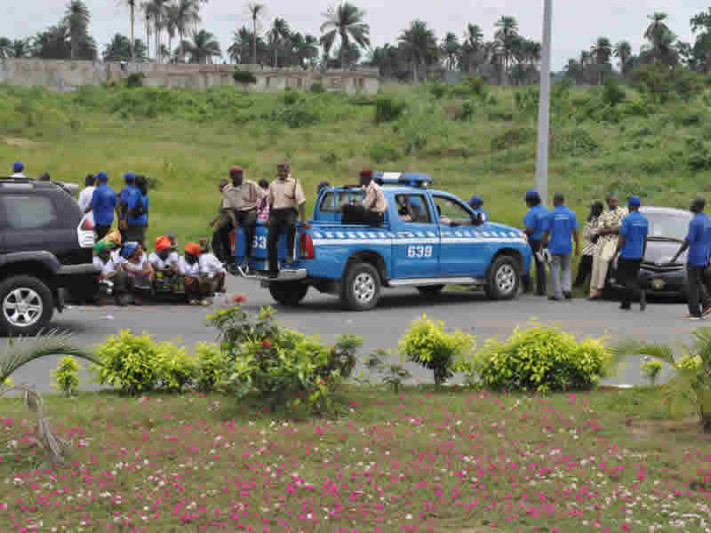 As part of efforts to have a crash-free Eid-el-Fitr, the Federal Road Safety Corps, FRSC, says it has deployed 304 regular Marshalls, 266 Special Marshalls, patrol vehicles and ambulances for effective patrol of roads within the three urban cities of Umuahia, Aba and Ohafia as well as all the entry/exit points to the state.

Abia State Sector Commander of FRSC, Mr. Paul Ugwu, who disclosed this in an interview with our Correspondent, said the Corps would take all the necessary measures to ensure an accident-free Sallah celebration.

The FRSC boss identified overspending, route violation (driving against traffic), over loading, use of rickety vehicles, dangerous overtaking, use of phones while driving as well as other traffic offenses as the target enforcement of the deployment.

He explained that the Corps took similar steps during the just included Easter celebration as part of its commitments to ensure reduction of road crashes in the state especially during festivities.

The FRSC boss who blamed over-speeding as the major cause of road crashes said that two auto crashes recorded in the state during the Easter celebration occurred on the Enugu-Port Harcourt Expressway.

He said that two lives were lost during the crashes and advised drivers against over-speeding and dangerous overtaking.

He cautioned motorists against violating traffic rules as anyone caught doing so stand the risk of being arrested.

Mr. Ugwu noted that the Corps had regularly sensitised motorists and other road users on the need to obey traffic regulations.

According to him, they have taken the campaigns to motor parks, places of worship and radio stations to sensitise the general public on basic safety rules.

He said that the Corps had commenced special patrol for Sallah festivities in all the critical corridors to ensure prompt response to distress calls, reduction in road crashes and clearance of road obstructions.

Mr. Ugwu restated the readiness of his men in collaboration with sister agencies to ensure free flow of traffic on the roads, while appealing to the motoring public to always comply with traffic rules.