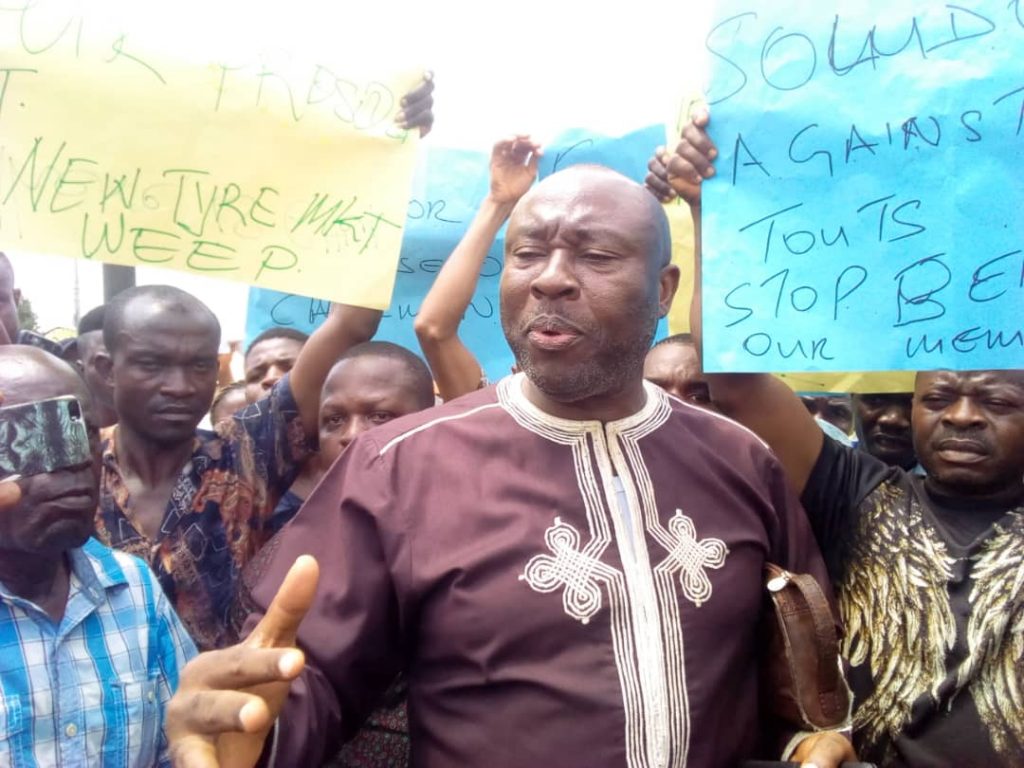 New Tyre Market Dealers Association Nkpor, near Onitsha, has protested the disappearance of its market Chairman, Mr Okey Atuenyi, after receiving severe beatings by some youths from Amafor village Nkpor, on Friday when he was leaving the market.

The angry traders who carried placards with various inscriptions like “New Tyre is A Peaceful Market;” “Stop Touts in The Market;” “New Tyre Market Weep;” “Anambra State Government Help Us;” “Our Chairman Is Missing;” “Emma Guilder Give Us Chance;” among others, blocked the Enugu /Onitsha Expressway to register their grievances.

The touts were alleged to have invaded the market on Friday, beat up the Chairman and dispossessed him of some undisclosed amount of money and phones.

They, however, called on Anambra State Government to intervene while pleading for calm among the angry traders.

The PRO of New Tyre Market Dealers Association, Mr. Stanley Okpala said they were saddened by the development because the market was known to be peaceful, and called on government to come to their aid, and bring the perpetrators to book.

Others who spoke during the protest included Mr. Afamefuna Ezechi, Callistus C. N, and Frank Ofojebe.

They claimed that Amafor youths always come on bikes to harass, intimidate, and extort the traders and customers alike and called on government to put a stop to the daily confrontations to enable them carry out their businesses peacefully.