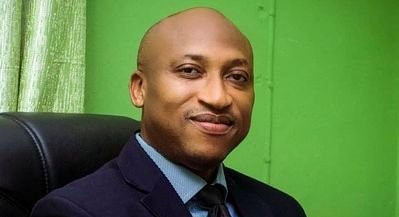 The Abia State chapter of the Nigeria Medical Association, NMA, has lamented the loss of accreditation for Abia State Medical School.

Chairman of NMA in the state, Dr. Chimezie Okwuonu, who made the position of the medical body known in a statement he issued on Monday in Umuahia, linked the sad development to the near comatose state of the Abia State University Teaching Hospital, ABSUTH, Aba, due to staff salary arrears.

The NMA boss who said the situation posed grave danger to the health sector of the state, regretted that appeals and even protests by NMA for the State Government to pay at least part of the 25 months salaries owed doctors in the hospital fell on deaf ears despite promises by Government.

“It was really a devastating news that the Medical School in ABSU has lost its National Universities Commission (NUC) accreditation. What this means is that the school will no longer admit new students to study Medicine and Surgery in that Citadel of Learning,” the statement said.

The statement made available to Ikengaonline further read: “While we do not have the detailed report of the cause of this huge loss so far, let me state that it may not be unrelated to the non-functional state of the Teaching Hospital, the Abia State University Teaching Hospital Aba, which is a teaching facility for the Medical Students.

“Let me clarify that the College of Medicine and the Teaching Hospital are the two principal players of Medical training in the University.

The Teaching hospital is the training environment for the Clinical Medical Students and forms part of the teaching facilities.

“The NUC ensures teaching facilities are adequate for the number of Medical students admitted. These facilities include lecture rooms, laboratories, museums, teaching aides, teaching hospital etc. The NUC also looks into the staff distribution and qualifications.

“With challenges affecting service delivery in the Teaching Hospital, it is not surprising that NUC accreditation was withdrawn, although other factors might also be responsible.

“For a considerable period of time, the Teaching Hospital, ABSUTH, has been plagued by interrupted operations due to agitations and industrial actions by the workers over irregular payment of salaries.

“Currently as at end of April 2022, the staff in the ABSUTH are owed 25 months salary arrears. The Resident Medical Doctors have been on cumulative 18 months strike, other health workers are also on strike while a few of the doctors, mainly the Consultants, Medical officers and Locum staff, though not officially on strike, are largely not working as the work environment is not in order.”

Dr. Okwuonu, a consultant Nephrologist, regretted that every genuine effort by labour unions to intervene in the impasse was frustrated by Government which had continued to renege on its promises.

“The labour unions have made several failed attempts to resolve this. The Nigerian Medical Association at both State and National levels, over the last 18 months, have met with the State Governor for a record 5 times.

“The National President of NMA, Professor IAO Ujah, visited the Abia State Governor in Nov 2021 and hinted on the cumulated salary arrears of the workers and it’s impact on morale of workers and training. Also, several agencies of the Government have been visited and discussed with on this issue.  Promises were made in all these instances but not actualized.

“If only the government and it’s agencies have listened and collaborated with NMA and other unions & the needful done, this loss of accreditation would have been avoided.”

NMA recalled instrumentality of its members in the setting up of the teaching hospital, wondering why the current Government could not sustain the efforts.

“Members of the Nigerian Medical Association were instrumental to setting up the medical school and Teaching hospital during the tenure of Col. Anthony Obi as the military administrator.  Dr Anagha Ezikpe, Prof JC Ogbonna, Dr Elekwachi Nwogbo, all of blessed memory and some others living like Dr Basil Obasi, Chief Jerry Kalu etc., fought hard to see that the Teaching hospital and facilities were up to standard which got the requisite accreditation.

“Right under our nose, the labour of our heroes past is threatened as the Teaching hospital has remained largely non-functional and the accreditation for Medicine and Surgery withdrawn.”

NMA proposed seven steps that must be taken by the State Government “to get the Teaching hospital fully functional to avoid losing the accreditation of Medical and Dental Council of Nigeria (MDCN) which usually follows,” warning that “If we lose it, clinical training will stop, and the students will be trapped in between.”

“There should be reasonable bulk payment of salary out of the 25 months salary owed; and regular monthly salary subvention containing two months salary, one for the index month and one for arrears until cleared.”

Others include: committed approach to solve some management and training issues in the teaching hospital department by department: engagement of ABSUTH alumni to partner in delivering diaspora services, skill transfer and enhance oversee training for the Resident Doctors as well as overhauling and support of residency training.

NMA also proposed granting of waiver for employment so as to convert all locum staff to full time staff under pay of Government and stop the concept of Locum staff; digitalisation of service payment points in the hospital to avoid financial leakages; and regular town hall meetings with the staff, unions and management.

NMA said if the above recommendations were taken: “They will guarantee intact MDCN accreditation as the hospital is active and restoration of NUC accreditation in three months time before the next JAMB admission if we get to work now.

“There will also be continuous training of the students available till graduation; increase in revenue base over time, reduction in industrial disharmony as the Unions will periodically be carried along on some happenings and challenges without suspecting anyone.

“There will also be increased service delivery, staff enthusiasm, patient load, clinical training, residency training, research output, alumni involvement, excellent health care delivery, improved security etc; and discipline can be  meted out to erring staff who is regularly paid; as well as reduction in “patient diversion” due to available services.”