Kanu’s family commends Soludo for visiting him in detention 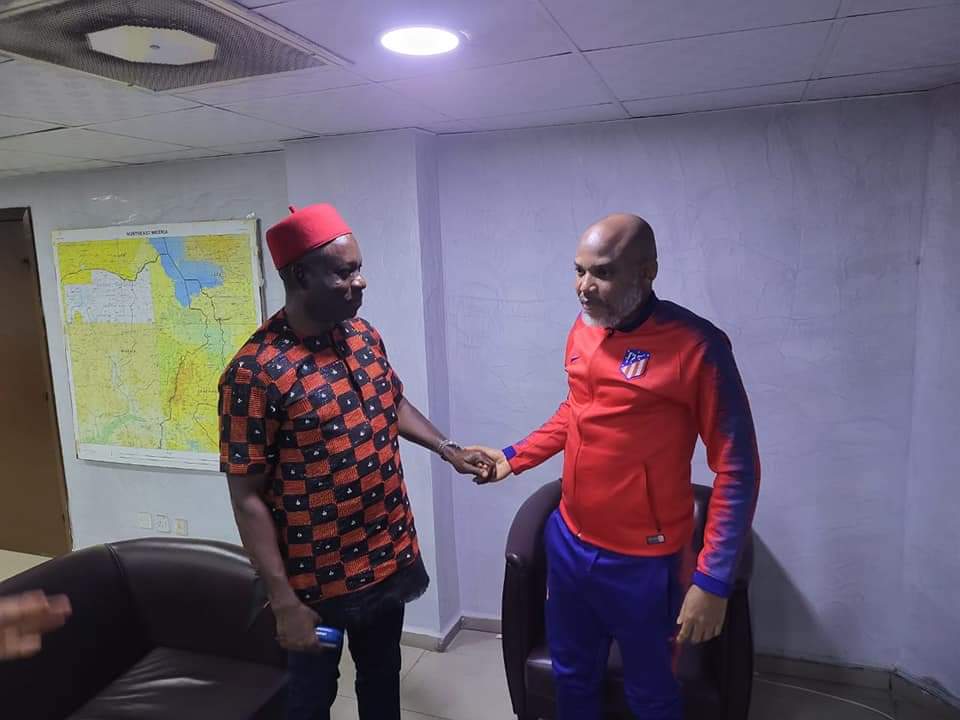 The family of the detained Leader of the Indigenous People of Biafra, Mazi Nnamdi Kanu, has commended Gov. Chukwuma Soludo of Anambra State, for visiting the their son in detention.

Soludo was at the Abuja headquarters of the Department of State Services, DSS, on Friday, where he held talks with the IPOB Leader.

Kanu’s younger brother, Prince Emmanuel Kanu, who spoke on behalf of the family, told Ikengaonline in an exclusive interview on Sunday, that the visit by the Governor was cheering.

Soludo is the first Governor from the South-East to visit the IPOB Leader since his rendition from Kenya in June 2021.

The family commended Soludo and all those making efforts to secure the release for their son.

“It was a good move and a very remarkable one. It shows that Kanu is not a bad man as being portrayed by the authorities.

“We thank him for deeming it fit to visit Kanu in detention. It’s a good step expected of a good leader.

“We thank everyone making frantic efforts openly or privately  to secure his release. All hands must be on deck until freedom is achieved,” Kanu’s family said.

Professor Soludo who broke the news of his visit to Kanu on his Facebook page wherein he also posted pictures of the visit, said they discussed the sit-at-home protests and killings in the South-East.

“I visited Mazi Nnamdi Kanu, yesterday, (Friday, 13th May, 2022) to felicitate with him and also as part of the wider consultations with critical stakeholders in search of lasting peace and security in the South-East,” Soludo wrote.

“He was in very high spirits and we had quality and frank discussion in a very convivial atmosphere. He expressed sadness over what he described as “sacrilegious killings” of innocent persons, kidnappings and all forms of criminalities, including the brutal enforcement of the senseless “sit-at-home” perpetuated by sundry groups claiming to be acting for or on behalf of IPOB.

“He assured that if the opportunity arises, he will be glad to personally broadcast to his followers to maintain the peace.

“Together, we shall restore peace, security and prosperity in Anambra and the South-East,” Soludo wrote.

The Anambra State Governor had, in April 2022, called on the Federal Government to speed up the trial of Kanu so he might be convicted or freed instead of being kept “in indefinite detention.”

Kanu is standing trial on a 15-count charge bordering on treasonable felony, eight of which were recently struck out by a federal high court in Abuja.

The IPOB Leader enjoys a swelling support of Igbo youths both home and abroad, who see him as their beacon of hope, vowing to continue with the agitation for Biafra until he is released.