Peter Obi and the Nigerian paradox by Ken Ugbechie 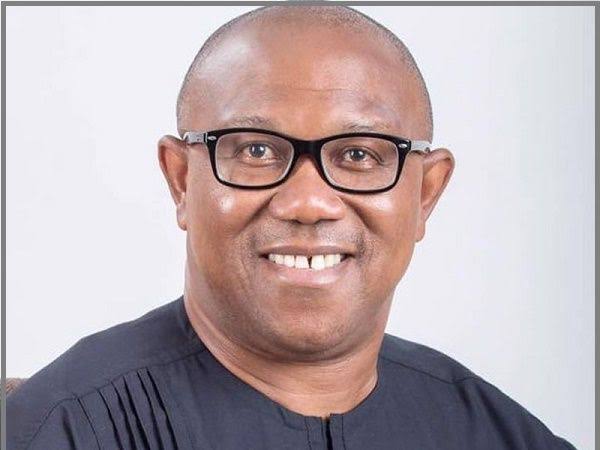 It’s 2022, deep into the 21st Century, Nigeria has no regular electricity. Healthcare, education, primary sector, are all decrepit. Nigeria simply needs a Leader. And Nigerians think Peter Obi is that leader. They think the former Governor of Anambra state has the Oriental mojo, the Victorian genteel mien and the American entrepreneurial spunk to conjure a mix of positive leadership for the nation. For this, Obi is trending on social media. In worship centres, marketplaces, in the streets, even in pubs, Obi pops up with pleasant plumes.

In discourses, he takes a huge swathe in blogosphere. He trends in our homes, in offices, among corporate Nigeria. Even among the political class, Obi is held in awe. His peers could not understand his sudden bloom in the socio-economic space. There’s a Peter Obi myth which some mischief makers and their recruits of political urchins masquerading as commentators and analysts have been trying, but in vain, to burst. In life, you cannot quarrel with success (apologies to Ronald Reagan).

Peter Obi is a success. A political success. An economic wonder. A man of prudent and modest values. Rich, yet has not allowed his wealth to take humanity out of him. A friend of the high and the mighty, the poor and the real underclass. No airs, no pretence. As governor, we shared the same space with him in the economy section of airplanes. As governor, he lugged his own luggage; carried his bag at airports; queued to board the aircraft like every other passenger. He shunned the profligacy of private jet. We ran into him at airports. He even refused to be helped. He would rather bear his hand luggage just the same way he did while he was in the private sector. As a bank chairman, he cleaved to his old car before his appointment. He was living happily in his Festac town abode. Authorities at the bank said it took cajoling and ceaseless pleading to drag him out of Festac, as they say, for the image of the bank.

Obi, whether learned or inherited, manifests an Oriental flair; a value system that created blocs of industrial powers out of Singapore, South Korea, China, Malaysia et al. It’s a value system that matches wealth with work, industry and vision. A value system that has no place for obscene lifestyle, ostentation and a wild, wild celebratory orgy in the midst of hunger. Obi is one of the Presidential aspirants on the platform of the PDP. But even members of the APC never failed to compliment his neo politics of zero tantrum, zero violence and zero tolerance for virulently vicious tirades. Obi trades ideas, not violence. He sees good in his opponents. He avoids the typical muckraking that hallmark the Nigerian polity.

As a former governor and one who had made good money in his private business before his sojourn in politics, he tells his audience what he had done, not just what he would do; he references how he saved money, cut cost of governance and reformed a lethargic public sector in his state. He makes refence to how he promoted ‘buy-Nigeria’ in his time at governor. Biggest client of Peugeot Assembly Plant of Nigeria in Kaduna, highest customer to indigenous automobile maker Innoson Vehicle Motor company (IVM) and Zinox, the nation’s foremost computer maker. It’s no fairy tale. He tells how he transformed education and healthcare in Anambra. And as they say in Latin, res ipsa loquitor; the fact speaks for itself. The end-point of that revolutionary turnaround in education was more enrolment of children in schools. For a state with very high out-of-school boys and girls and low aggregate score in WAEC and NECO, there was profound change with impressive result. He computerised secondary school education. On account of this, five young Anambra girls from Regina Pacis Secondary School, Onitsha beat the rest of the world at the World Technovation Challenge in Silicon Valley in San Francisco, United States, winning the gold medal. They beat their peers from US, Spain, Turkey, China and Uzbekistan.

Peter Obi is trending because he is in high demand among progressive-minded Nigerians who can no longer stomach the wastages, the primitive acquisition of wealth by the ruling elite, the propagation of the culture of incompetence in the public agora and poor management of the economy.

Peter Obi combines good scholarship with experience and pragmatism. He’s a technocrat in politics. One of the nation’s best. Lee Kuan Yew, the Father of modern Singapore, once said that any nation that wants to move forward must get its best into politics, avoid hypocrisy and embrace honesty. Obia as one of the nation’s best will attract men and women of his ilk to serve in the public space. Yew warned on the consequence of getting cheap and lowly people into government. Any leader that does that will be sorry for himself. This is the Nigerian paradox. The country has shut out her best out of governance. They have consistently recruited, including via the electoral process, to use the exact words of Yew “jokers, cranks, weak men and charlatans with some gift of the garb.” Any country that does such runs the risk of losing everything that she has. Nigeria has lost so much because jokers and charlatans have populated the governance space.

A Peter Obi is seen largely as the person to right these many wrongs. He has a history. As governor, he stood out as the best in backward integration, ensuring heavy patronage of local industries, making sure they were on good footing to create more jobs, more wealth and add more value to the economy. Obi is currently on the hustings. His party, the PDP, has jettisoned zoning. This makes the mountain higher for Obi and others seeking their party ticket. A motley crowd of 15 aspirants would jostle for PDP ticket. It is now up to the party delegates to determine who flies their party flag in 2023. If Obi gets it, fine and good for Nigerians. But if he doesn’t get it, it will not be because he didn’t fight well enough. It will be on account of the nation’s warped value system. A system so dysfunctional in many ways such that proven crooks are crowned with golden diadems while the brightest and the best are redlined and banished to the sidelines of the power matrix.

But win or lose, Peter Obi has set a high standard of leadership. He has redefined political campaigns in Nigeria. History will always be kind to him.

Ugbechie is the Publisher of Political Economist Magazine