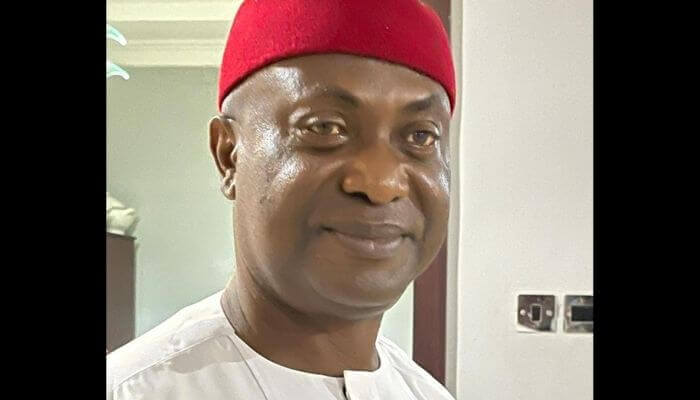 The inclusion of the former Commissioner for Industry Abia State, Chief Henry Ikoh, on the list of seven ministerial nominees by President Muhammadu Buhari, has resonated among the northern community in the state.

They have commended President Buhari for the gesture, describing Ikoh as “a round peg in a round hole.”

Chief Ikoh was among the list of seven ministerial nominees Buhari sent to the Senate last week for confirmation.

Speaking with Ikengaonline, the Galadima of Northern Community in Abia, Useni Mohammed, said Chief Ikoh “is a detribalised and enterprising Nigerian with a milk of human kindness.”

The Galadima who said he was born in Abia and had lived in the state for over 53 years said he had known and related very closely with the former Commissioner who “has been nice to all irrespective of their religion or race.”

He said that Ikoh’s achievements in the private sector where he has proven himself as a job creator, as well as his enviable records in the public service are testimonials that he will not be found wanting in a place of higher responsibility.

The Galadima of Northern Community who said that Ikoh had been very supportive of the northern community out of his benevolence expressed confidence that Ikoh would deliver in any portfolio assigned to him.

Chief Ikoh was one of the contestants in the stalemated Abia Central senatorial primaries of the All Progressives Congress, APC.

The Ahuwa Oboro Ikwuano-born industrialist is the producer of Harmony foam and contested for the governorship in 2011.