2023: Nigerians will determine the fate of ‘third force’ – Inibehe Effiong 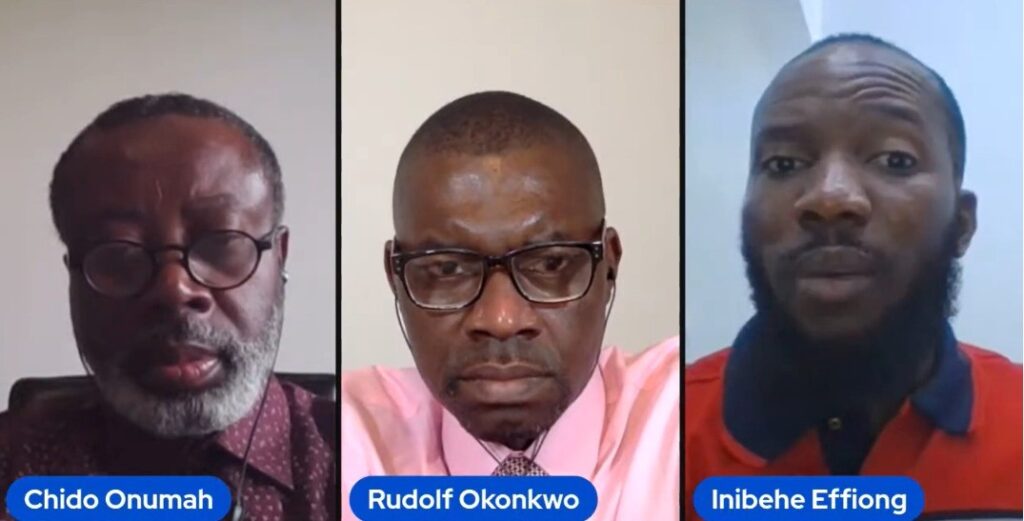 Lawyer and human rights activist, Inibehe Effiong, has expressed reservation about the viability of a “third force” to confront the All Progressives Congress (APC) and Peoples Democratic Party (PDP) in the 2023 general elections.

The activist spoke Sunday when he appeared on 90MinutesAfrica, the online interview programme hosted by Rudolf Okonkwo and Chido Onumah.

Since Peter Obi’s defection to Labour Party from the PDP, there has been speculations of a possible merger with other political parties to form a “third force” to confront the two major parties in the country.

“Whether the Labour Party and other smaller parties would be able to come together to build a ‘third force’ is difficult to say,” Effiong said. “In 2019, that did not succeed largely because many of the so-called ‘third force’ candidates were actually elements sponsored by either the PDP or the APC. Some of them have already gone back to where they came from.”

Effiong said the former Anambra State governor and presidential candidate of the Labour Party has kick-started an organic political movement by his entry into the party.

According to Effiong, “Peter Obi’s defection from the PDP is a positive development. It is irritating that a so-called opposition party would throw someone like Peter Obi under the bus.

Effiong said Nigerians will determine if the ‘third force’ experiment will be successful or not.

“What Peter Obi is building is not a political party per se. It is a political movement. Labour Party is just a platform that is being used to drive that movement and he has organic support. No one can take that from him,” Effiong noted.

He admonished Nigerians to bury the idea that the destiny of the nation has to be between the “devil and the deep blue sea” and try something different in 2023.