By EditorAugust 9, 2022No Comments3 Mins Read 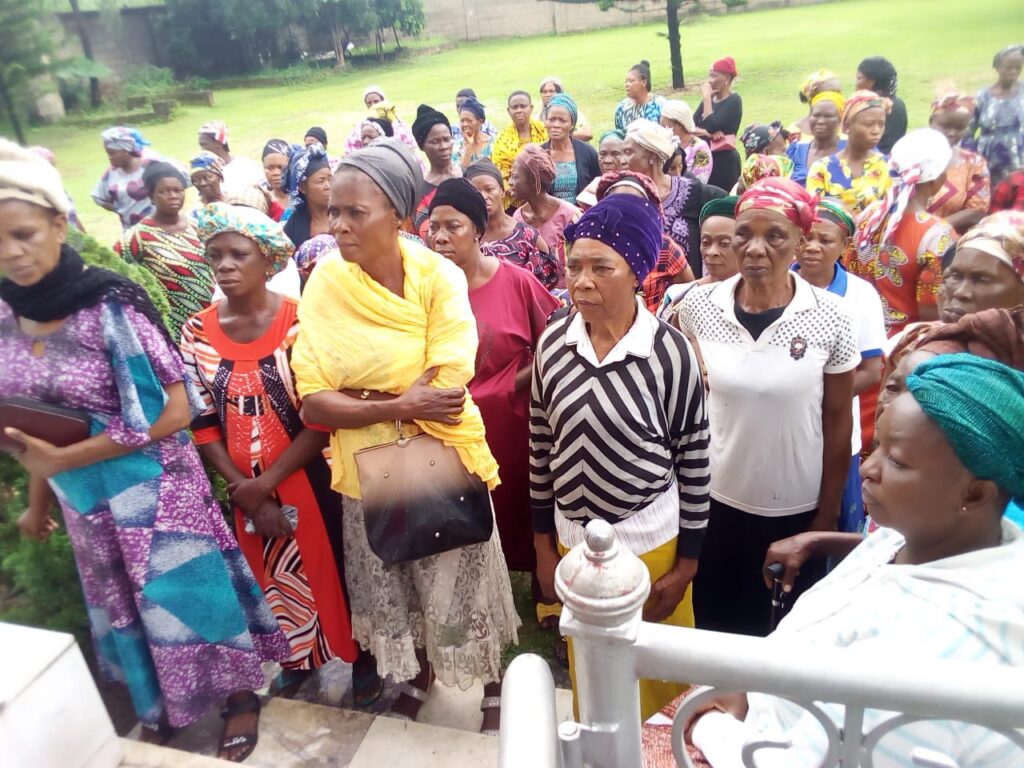 Nine weeks after a renowned medical doctor, Professor Uwadinachi Iweha, was abducted by yet to be identified gunmen, the women of Ahia Asa, Umuopara clan in Umuahia South Local Government Area of Abia State, Tuesday, took to the streets to protest his continued detention.

The Provost, School of Medicine, Gregory University Uturu, was Kidnapped  in front of his house on Sunday, June 5, 2022, and has since remained in the den of the kidnappers.

His continued detention despite the payment of ransom demanded by his captors has raised fears over his safety.

Medical doctors in the state had shortly after his abduction, downed tools for three days to register their anger over the sad incident.

Gov. Okezie Ikpeazu has since announced a reward of N5 million to anyone with useful information that could lead to the arrest of those behind his abduction.

Meanwhile, the visibly sullen women who came out in their numbers, decried the spate of kidnapping in the state, and demanded the unconditional release of the 74-year old who they described as their illustrious son and husband.

They expressed worry over his safety and pleaded with his abductors to release him more so that their demand had been met.

The women later proceeded  to the palace of their traditional ruler, Eze Godfrey Ibekanma, to convey their anger. 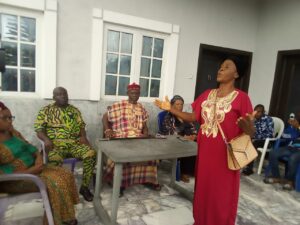 Leader of the women, Mrs Sally Ukauwa, who was represented by Dame Victory Asomugha, said they were no longer comfortable that nine weeks after their illustrious son was abducted, no action had been taken to rescue him.

She urged for urgent action to rescue the doctor, saying that the women in the community will no longer tolerate his continued stay in the kidnappers’ den.

“Our son left his house to worship God, they called him from the church, he went back home and till date we have not seen him. We want him back; he is our son we are proud off.

“We are also calling on Government and security agencies to expedite action for his release.”

Speaking, the wife of the kidnapped doctor, Mrs Ngozi Iweha, said the family was yet to come out of the trauma of the abduction of her husband.

She passionately appealed to her husband’s abductors to free him especially considering his age and health condition.

“We are traumatized, this two months is like a hell for all of us. We are pleading with those holding him to release him alive for us and we are also begging the government and security agencies to ensure his release from his abductors.

Similarly, the President General of the Community, Chief Maduakolam Odimgba, appealed to the kidnappers to free the victim who he said renders services to humanity.

Responding, Eze Ibekanma, expressed sadness over the development, and said that the elders of the Community were making frantic efforts to get their son rescued.

The royal father also decried the festering insecurity in the country, and appealed to Government to take urgent measures to confront the monster.

Earlier in a press statement, the first son of the doctor, Chukwudi Iweha, noted that the family was contacted by the Kidnappers a day after the incident and demanded payment of ransom.

He expressed worry that despite payment of the ransom as demanded, the abductors had yet to release the victim.

The son appealed to the abductors to have pity on his father and release him to the family.