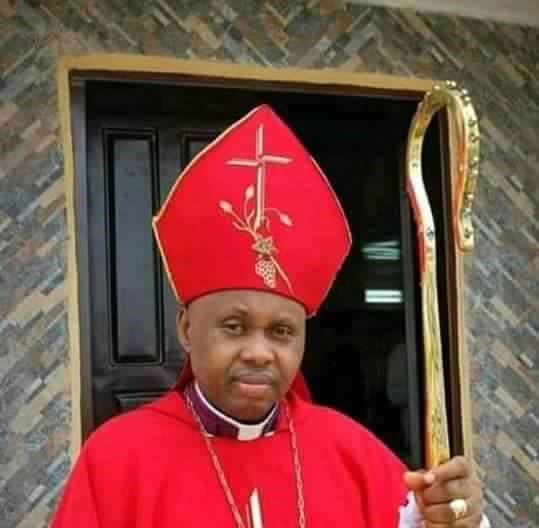 The Archbishop Ecclesiastical Province of the Niger and Bishop of Awka Diocese, His Grace Most Revd Alexander Chibuzo Ibezim, has predicted that Nigeria is likely to witness the emergence of  Christian-Muslim leadership in the 2023 election.

Though the Anglican Prelate failed to disclosed which among the contesting presidential candidates in the country he feels may clinch the seat of the presidency, he said the winner will boast a Christian-Muslim combination.

The archbishop made the prediction during a press briefing in Awka, Monday, as part of the preparations to mark his 60th birthday anniversary which comes up on Friday.

Speaking on the state of Anglican Church under his watch in Awka diocese, province of the Niger and the state of the nation, respectively, the archbishop noted that the All Progressives Congress who chose option of Muslim-Muslim ticket will be surprised at the outcome of the election, describing the move as insensitivity to the place of Christians in the country.

According to him, “I am looking at Christian-Muslim leadership. That is, Christian should be on top while Moslem comes under. That is what I’m looking at. But if one says it is Muslim-Muslim leadership the outcome will be a surprise because Christians cannot be categorized as nothing.

“We need to be holistic and truthful to ourselves, we must recognized that the church must not be played with.

The archbishop blamed the reported endorsement of APC vice presidential candidate by alleged team of fake bishops on the proliferation of churches in the country, warning that it is a sign of satanic agenda to attack and disrupt the church.

“I can’t blame them because proliferation has entered into the church. Nowadays, many people dress up and call themselves bishops and through this, the enemy has been attacking the church.

“But my own advice is this, if you claim that you are a bishop, let it be that God sent you. But if you are using God to deceive the people, the church and the nation, then get ready to pay the price because nobody will deceive the church of God and go free.

“What is taking place now is a sign of end time and the bible says that in the period of end times, perilous things will start to happen.”

He urged the people to be careful and avoid being induced into actions that will make them change their identity and enter enmity with Christ.

The Prelate also lamented the sufferings of Nigerians in the hands of the Federal Government insisting that the government of the nation has repeatedly failed to deliver the required good governance it promised the people.

“The government has failed the country and the people are suffering. Our children have stayed almost six months at home doing nothing.

“I say it clearly, the government has failed. The country has changed from bad to worse. What I see in this government is a complete failure and until we begin to address this failures constructively with truth then, things might get worse.”

He said those at the corridors of power must wake up and live up to their responsibility as the leaders of the country if the country must be revived again.