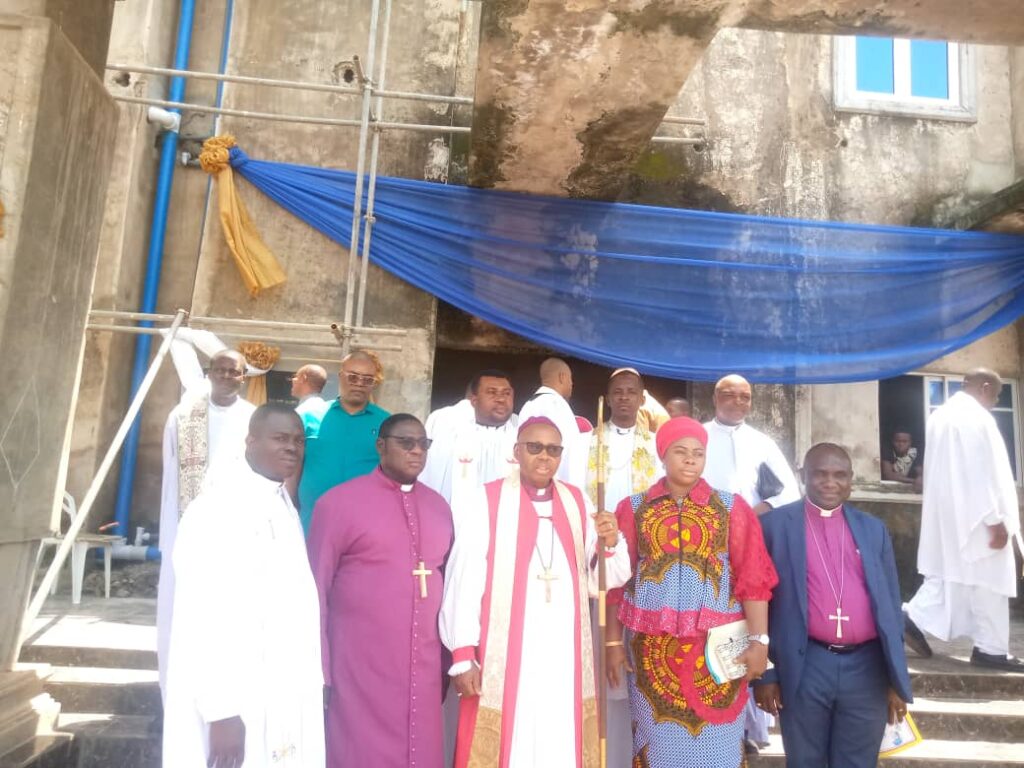 The Archbishop, Province of the Niger, Most Reverend Alexander Ibezim, has blamed over-reliance on prayers as the major factor contributing to the loss of talents in Nigeria.

He decried that Christians no longer work hard due to the belief that God through fervent prayers can enrich humanity and make man prosper.

The Archbishop who is also the Anglican Bishop of Awka Diocese made this known while laying the foundation stone in commemoration of his 60th birthday at Mary Summer Vocational Institute, Awka, the Anambra State capital on Thursday.

Delivering his homily at the event, the Archbishop told Christians to shun laziness and embrace hard work to achieve success in life.

He said: “True gospel is that which proclaims that you must work very hard in order to develop your God-given talent and potential. So many talents are decaying in our country today because of too much prayers.

“A Christian is admonished to work very hard. A child of God should not be lazy because Christianity is not a lazy religion or culture. We must know that the gospel is not only about preaching, it is also about doing and being actionable.”

On the Nigerian situation, he said: “Too much prayer is spoiling our country, Nigeria. It is high time we got out in order to work. Our leaders are afraid of hard work; that is why today we see many people struggling to occupy positions of power because they see it as a place to rest.”

Performing the foundation stone-laying of the classroom and administrative block of the institute, the Archbishop  said the purpose of establishing the institute was to proclaim Christ and to teach the students how to live and manifest wisdom for end time survival.

“The instance of Mary Summer institute is to train young people that are hardworking; to allow them develop their talents because time has gone when people think that individuals doing evangelism are lazy. Today, evangelism without hard work is not evangelism.

“We are in a moral relativity. The God we serve is the God of truth and so, we are not giving chance to perversion of truth. That is why the church is taking time to build institutes like this; where our girls would be taught what is biblical and what will help them develop their talents to survive challenges of life.”

Speaking further, Bishop Ibezim said that “Mary Summer is a very important institute as obtainable in many universities of the world.”

“We don’t play with the future because it is important. We have created the ladder of climbing higher educationally, culturally and spiritually and the youths must climb the ladder to attain success.”

He commended the Director of the institute for her hard-work and dedication to service.

The cleric also charged the graduating students to put what they had learned in the institute to good use and shun prostitution and wayward lifestyle.

In her remark, the Director of the Institute, Mrs Uche Emekwisia, said that the 32- year old institute was built by the Mother’s Union of the Diocese of Awka, Anglican Communion.

She admonished the graduands to be good ambassadors of the institute in the outside world, having acquired sufficient skills to survive in their line of endeavors.

The Archbishop said the centre would oversee the teaching and learning of the word of God, for personal meditation and for total well-being of the human being.