Lauds Southern leaders for their support 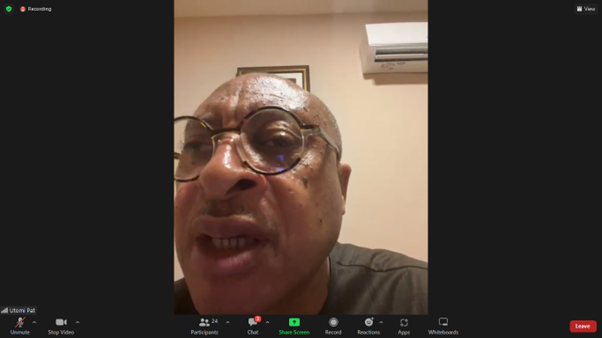 Renowned political economist, Professor Pat Utomi, has advised that the candidacy of the presidential flag bearer of the Labour Party, Mr Peter Obi, should not be pushed as Igbo agenda.

Utomi who gave the counsel while speaking on the second edition of the monthly Ikengaonline Town Hall meeting, observed that the more Obi’s candidacy was pushed as Igbo agenda, the more other Nigerians would distance themselves from  the project.

Professor Utomi who spoke on the theme: “Handshake Across the Niger: The Imperatives of Southern Unity, Now and Beyond,” called for stronger ties among the South with a view to rescuing the country from “state captors.”

He, however, expressed delight over the unflinching support of Southern and Middle Belt leaders including former President Olusegun Obasanjo, to Obi’s candidacy.

According to him, the swelling support for Obi by Southern leaders as well as other eminent personalities in the country is because of his antecedents, capacity and exceptional qualities which when deployed, will make Nigeria a better country for all.

Utomi said he stepped down for Obi because of his belief in the competence of the former Anambra State Governor to fix the country’s wobbling economy.

He explained that he would have insisted in running for the presidency if somebody in the mould of Obi did not emerge from the South-East.

According to him, he would have even preferred a Yoruba man with conscience to be President, to any of the self-centred mercantile South-East politicians who only represent the interest of their sponsors.

Utomi who insisted that equity and justice demanded that Nigeria’s next President should emerge from the South-East, said that Obi would unite the country and move Nigeria out of its present economic doldrums.

He said that under Obi, Nigeria would be restructured to give every part of the country a sense of belonging, arguing that Obi’s emergence is in the best interest of the entire country as he will not discriminate against any section.

Utomi said that the rising wave of support for Obi from every region of the country was a strong indications that Nigerians were tired of bad governance and needed deliverance.

He said that Obi already enjoys a very strong support base even in the North, adding that his choice of running mate has further enhanced his political fortunes.

Ndigbo from across the world participated in the 90-minute virtual meeting jointly anchored by Dr. Osmund Agbo, and Dr Chido Onumah.

Senator Enyinnaya Abaribe featured in the July maiden edition of the monthly Town Hall meeting holding every last Thursday of the month.