Asks him to address Infrastructural challenge in Abia

By EditorSeptember 1, 2022No Comments3 Mins Read 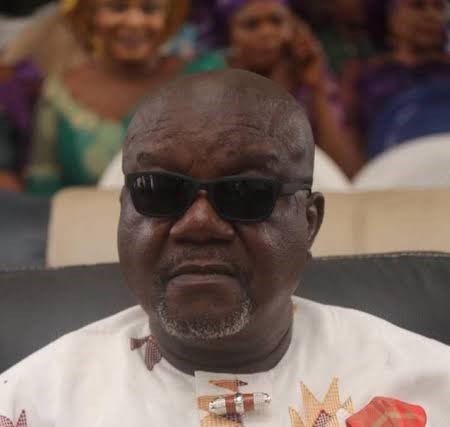 A former Commissioner for Local Government and Chieftaincy Affairs, Chief Charles Ogbonnaya, has bluntly told Gov Okezie Ikpeazu to squarely face governance in Abia instead of following the governor of Rivers State, Nyesom Wike, around the world like his personal assistant.

The former Deputy Chief of Staff to  Governor Theodore Orji, specifically tasked Ikpeazu to tackle the infrastructural challenges in the state to give the people a sense of good governance.

He expressed concern that instead of making efforts to address the issues of governance affecting the state, the Governor is more or less interested in pursuing his personal interest ahead of the 2023 polls.

Chief Ogbonnaya who is the Abia State Coordinator of the Campaign Council of the PDP presidential candidate, Alhaji Atiku Abubarkar, described as a distraction, the recent meetings in London involving Gov Ikpeazu, Wike, Samuel Ortom of Benue State,  and presidential candidates of major parties.

According to the former Commissioner who featured on a live Radio programme monitored by Ikengaonline in Umuahiia, “Ikpeazu should at this point, centre on how to tackle infrastructural problems bedeviling Abia State.”

Chief Ogbonnaya charged Gov. Ikpeazu to rather advance the interest of the state instead of his personal interest.

“I’m an Abian, and I don’t think Wike is competent to discuss the benefits of Abia. We have our own problems.

“The major problem of Abia State today is collapse of Infrastructure. Look at the federal roads in Abia. They are not motorable. It’s difficult to go to Owerri from Umuahia or Umuahia to Port Harcourt and Akwa Ibom. Arochukwu and Bende Roads are impassable.

“Why must I go to think of appointment now other than what my people will get?”

He also called on Gov Ikpeazu to consult with the elders of the party in the state to outline the needs of the state for further articulation at the centre.

“With due respect, I call on my Governor to look for the elders of the state. No one man goes alone to negotiate for his people. Let him call the elders. There were people who were here before him. There has to be a town hall meeting to articulate what we want.

“We want a free trade zone; we want the natural Sea Port that God gave us at Obehie to be established by the Federal Government. What is happening to the rail line from Port Harcourt to Maiduguri?

Ogbonnaya said that efforts were being intensified by the Campaign Council to mobilise Abia voters for Atiku, arguing that contrary to fears in some quarters, South-East’s interest will be protected under an Atiku presidency.

He described Atiku as a unifier and a man with the capacity to pull Nigeria out of the woods.