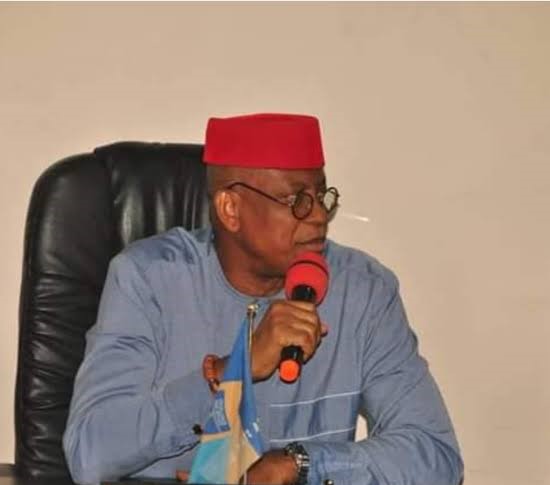 He made the commendation at the successful second annual convention and fundraising event for “Operation Light up ABSU with Solar Power” held recently in Potomac, Maryland United States.

Professor Ogbulu during the fundraiser,  expressed his appreciation to ABSUAA for extending invitation to him, and assured the members of a deeper relationship with all ABSU Alumni Associations during his tenure.

He recalled the recent annual General Meeting/Fund Raising Dinner for tree planting project for ABSU in Abuja by Zenith Environmental and Social Protection Network (ZESPRONET) and now the ‘Operation Light up ABSU with Solar Power’ by ABSUAA, North America, and commended the ABSU Alumni Associations for these increased intervention, especially during his administration.

The President of the Association, Okechukwu Uguru, in his welcome remark, thanked members for their commitment to always give back to their Alma-mater  and used the forum to give awards of recognition to members of the executive of ABSUAA.

In his remark, Chairman/Chief launcher of the fund raising Dinner, Dr Boris Emeka Oji, encouraged members to financially support the new project reminding them of how they successfully provided 34-all-in-one computers to the University in 2018, assuring that ‘Operation Light up ABSU with Solar Power’ will also be achieved with the same zeal and commitment by members.

Dr Boris, who is also the President, ZESPRONET, further enumerated some of his contributions to the development of ABSU in the last 12 years, and pledged to continue to do so.

Highlights of the event includes lecture by the guest speaker, Professor Bond Anyaehie, Deputy Provost College of Medicine UNN, financial donations towards the project by members as well as community work by some others within the city.