By EditorDecember 2, 2022No Comments2 Mins Read 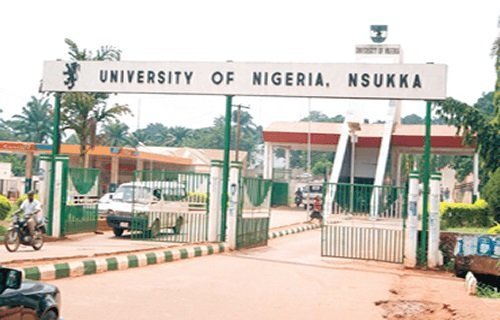 The Students of University of Nigeria Nsukka (UNN), have embarked on protests inside the campus against the school Management’s decision to hike school fees.

Ikengaonline learned that the protest which is in its second day saw students march round the campus singing solidarity songs with some placards denouncing the school Authority’s decision.

The students are protesting a 100 per cent increase in school fees which will see a final year student coughing out N92,000 as against N42,000 being paid previously.

Some of the students told Ikengaonline that, the new fees are outrageous considering the current economic situation in the country and vowed to continue the protests  until the management reverses the increment.

“It is unfair to increase school fees now that, Nigeria is going through hard times, the burden will be too much on our parents,” they said.

Ikengaonline reports that, like other Federal Universities, the UNN just returned to campus after eight months of industrial action by the Academic Staff of Union of Universities (ASUU).

A parent, Mr Simon Odo, told our Correspondent that the increment was not necessary now due to the current challenges facing the country.

“This is unnecessary because UNN generates lots of money. What are they doing with the Internally Generated Revenue (IGR), TETFUND and others,” he said.