By EditorDecember 4, 2022No Comments2 Mins Read 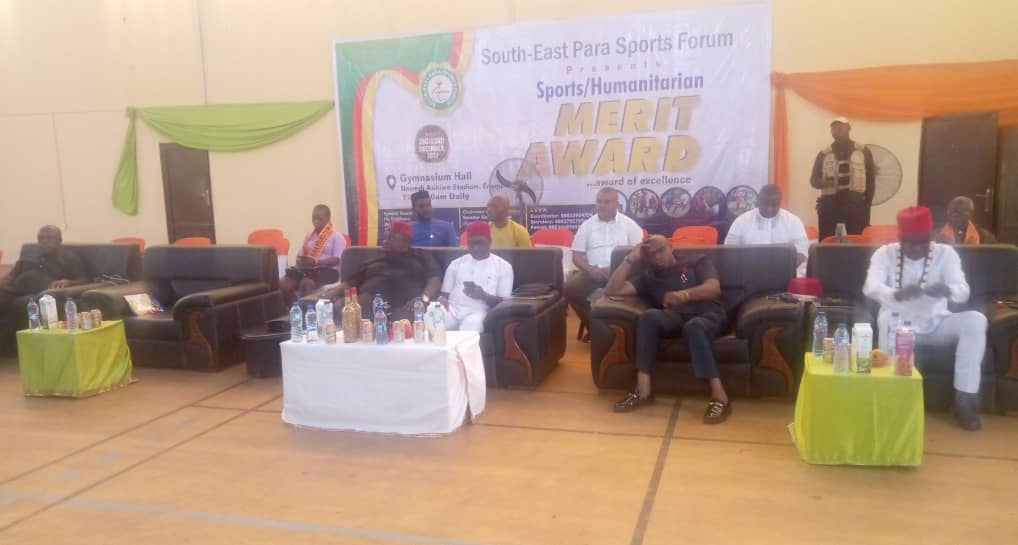 The Coordinator, South-East Para-Sports Forum, Mr Silver Ezeikpe,  says the South-East region of Nigeria will continue to be the bedrock of Para-Sports in the country.

He said this at an awards ceremony, organised by the forum at the Nnamdi Azikiwe Stadium Indoor Sports Hall, Enugu.

He said the zone has been doing the country proud in Para-Games but regretted that athletes and officials from the zone have always faced marginalisation, nepotism, negligence and non-inclusion.

Ezeikpe said the awards were giving to sports men and personalities from the zone, who have contributed to the growth of Para-Sports in the South-East.

Ikengaonline learned that, the event was sponsored by many companies which includes, Zenith Sports Group, Haiggi Creations Nigeria Limited and Bina Foundation.

The coordinator said that, the event was geared towards changing the narratives as it affects Para-Sports athletes in the South-East.

“It may interest you to note that, most athletes that wear the colours of this country at international sporting engagements with amazing records, are from this zone.

“Not to talk of those who ply their trade in other states of the federation, these abundant blessings must not be allowed to rot in their old age.

“It is against these backdrops and others that, the forum was borne; to restore the good old glories of South-Eastern sporting prowess that will make Para-Sports personalities not to regret old age,” he said.

Speaking, the Chairman and Founder of Kpakpando Foundation, Sen. Osita Izunaso, thanked the organisers and other foundations that take care of special people in the zone.

Izunaso, who was represented by,  Mr Fidelis Amandiogu, said that people needed to learn how to give back to the society and noted that special people, needed special attention.

Mrs Ifeoma Atuegwu, the president and founder, Bina Foundation for people with special needs received an award of, “Ambassador of Humanitarian Service.”

Atuegwu dedicated her awards to the foundation, the special people and those that have been supporting the foundation to grow and sustain it’s aim and objectives.

Many sports legends and personalities received awards of, “Ambassador of Humanitarian Service and Pillars of Sports.”

Among them are, Mrs Chioma Ajunwa-Opara, the Nigeria first individual Olympic Gold Medalist and Mr Luke Ibeh known as “Miracle Coach” who received award of Pillar of Sports.