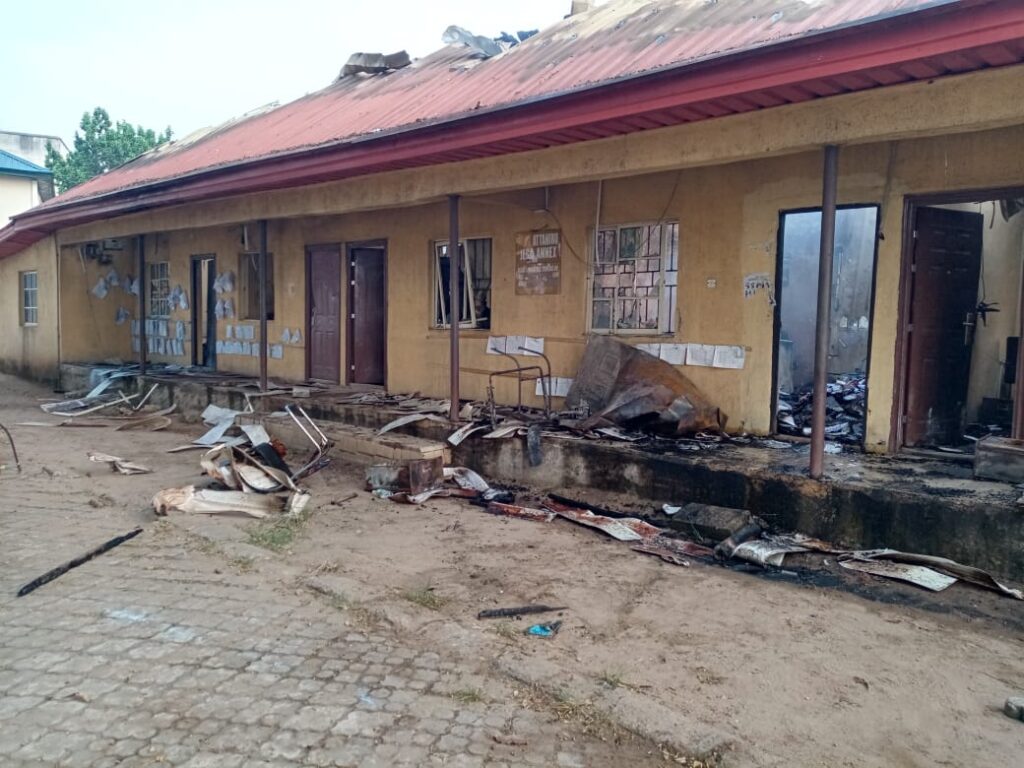 The Imo State Police Command has warned that it is now out to deal mercilessly with the hoodlums terrorising the state, following the killing of three of the hoodlums who attacked the Imo State headquarters of the Independent National Electoral Commission, INEC, located along Port Harcourt Road in Owerri, early hours on Monday.

The Imo State Police Public Relations Officer, PPRO, Michael Abattam, gave this warning while briefing newsmen in Owerri, on the outcome of the attack.

He described the breakthrough made by the Command to the high-level intelligence and preparation of the security agencies to repel such attacks in the state.

According to the police, “See something and say something has been our slogan. They attacked the INEC office with petrol bombs. We have also recovered some of the petrol bombs they used in the attack. Because what they did was throw petrol bombs at the INEC, offices.

“The rate of damage like I said is minimal. We are on the ground. We can tell you what happened. The damage has to do with the effect of the dynamite. Dynamite goes down and the effect will go around. We have always repelled them. We are working assiduously to make sure that the election in Imo State will hold.”

“This is an eye-opener for whoever wants to come in and test our power. We are out for them and our intelligence is key,” police said.