By EditorDecember 13, 2022No Comments2 Mins Read 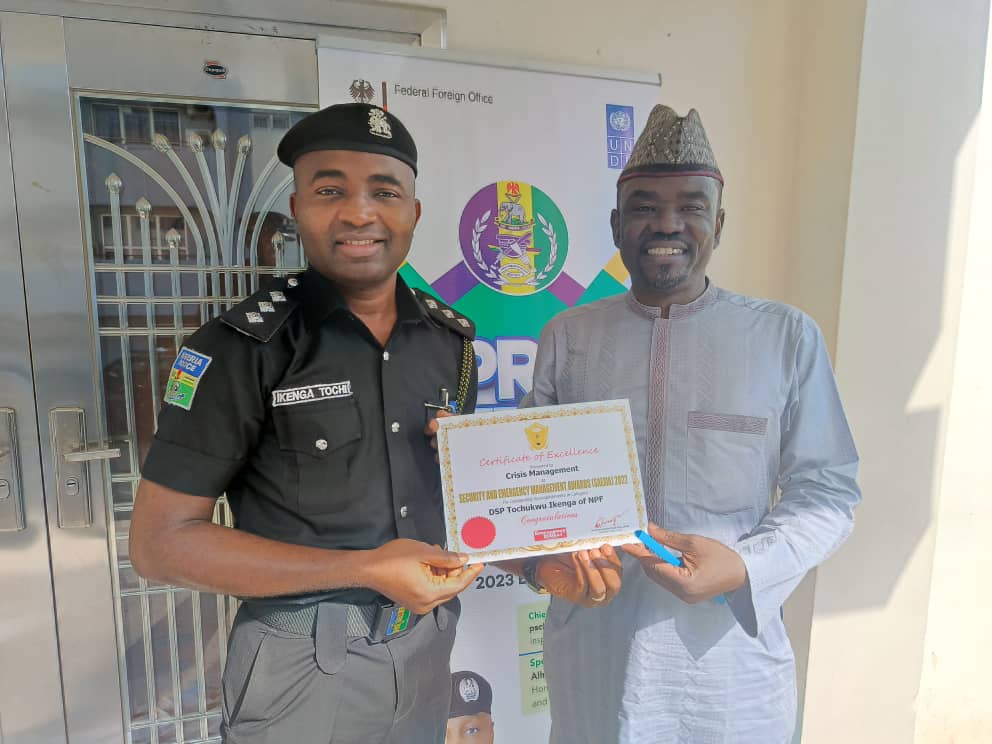 Spokesperson of the Anambra State Police Command, DSP Tochukwu Ikenga, has been awarded the certificate of excellence as the best crisis communication manager on security affairs, among the spokespersons of security agencies in the South-East.

The award was conferred on Ikenga  by the Jury of Security and Emergency Management (SAEMA), during the Police Public Relations Officer Conference in Kakanfo Inn & Conference, Ibadan, Oyo State, Monday.

The Chairman of the Panel of Jury, Air Commodore Yusuf Anas Rtd, while conferring the honour, lauded Ikenga for his effective media relations and professionalism.

He noted that since the appointment of Ikenga as Anambra State Police Spokesperson, he has demonstrated professionalism in managing conflict sensitive reports through effective media relations, constructive stakeholders engagement and responsible timely responses to enquiries.

He, however, dedicate the feat to CP Frank Mba and other persons who he said have impacted his career.