By EditorDecember 13, 2022No Comments3 Mins Read 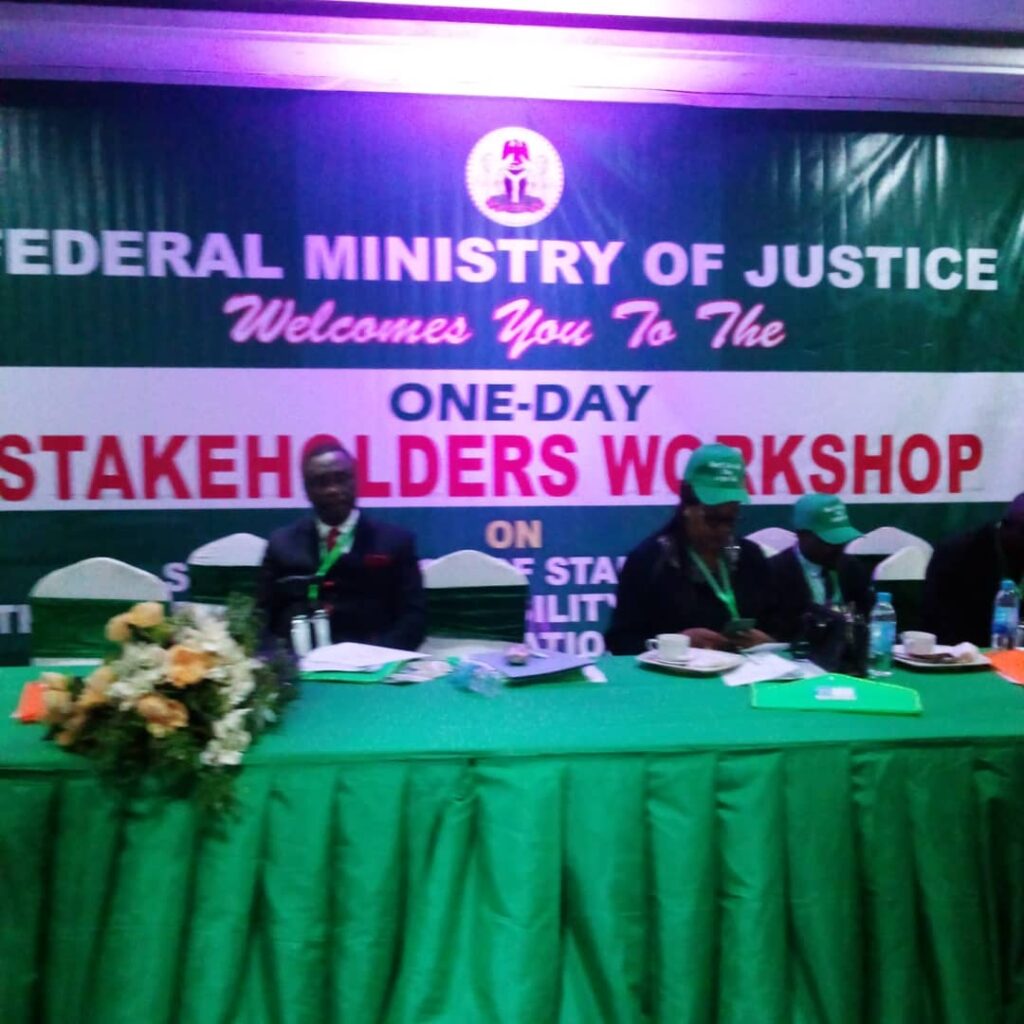 The Zonal Director, South-East Legal Aid Council, Mr Oliver Chukwuma, has said that, Enugu State and Anambra were the only states giving financial support to the Legal Aid Council in Nigeria.

He said this in Enugu at a one-day sensitisation of stakeholders workshop on the Role and Responsibility of Legal Aid Council in the Administration of Justice in South-East, organised by the Federal Ministry of Justice.

In his paper entitled “the Statutory Role and Responsibility of the Legal Aid Council,” he said that lack of adequate funding was the biggest challenge facing the council.

“The Legal Aid Council is faced with inadequate funding which hinders it from actualizing its mandate.

“The Council relies largely on fund from the Federal Government which may not be adequate in running the affairs of the Council in relation to the actualization of its statutory objectives.

“Today, Enugu State and Anambra are the only states in Nigeria that are funding the Legal Aid Council,” he said.

He highlighted other challenges facing the Council to include, lack of office infrastructure; nearness to the public; inadequate manpower; poor condition of service; insecurity and cultural beliefs.

“All stakeholders including governments at all level, communities, traditional institutions, Civil Society Organizations and security operatives must obey the rule of law as provided in the Constitution.

“The stakeholders such as government, individuals, organizations, should also support and fund the Legal Aid Providers in the country as done in foreign countries,” he said.

The Director said there was the need for constant public enlightenment campaign through the mass media “to create awareness of the existence of the scheme,”

“Adequate remunerations should be paid to external Lawyers who are rendering legal services on the scheme,” he said.

He said that to strengthen the services of the Council, some constitutional provisions such as freedom of expression; free press; vibrant civil society and independent judiciary, must be obeyed.

In his contribution, Mr Sam Udekwe, Chairman Nigeria Union of Journalists (NUJ) Enugu State Council, urged the council to always involve the media in its activities for proper enlightenment of the public.

“We are ready to partner with the Legal Aid Council to ensure justice for the indigent members of the society, particularly in Enugu State,” he said.

Mrs Ngozi Ajogu, representing the International Federation of Female Lawyers, Enugu State, said that many lawyers were interested in joining the Legal Aid Council but we’re hindered by lack of remuneration.

“I know many Lawyers who are willing to come to Legal Aid but there are no incentives,” she said.