NAFDAC leadership and breath of fresh air by Sylvanus Isa

By EditorDecember 13, 2022No Comments6 Mins Read 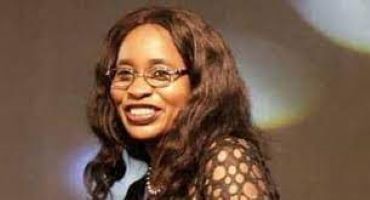 There are certain routine events and developments within the National Food and Drug Administration and Control (NAFDAC) that are worthy of mention.

Just on Tuesday, December 6, 2022, in Abuja, NAFDAC flagged off its nationwide media sensitization workshop on dangers of bleaching creams and arising from those dangers, the obligatory regulatory controls, which was organized for Association of Nigerian Health Journalists. The agency’s decision to carry along a critical stakeholder group in the sensitization exercise was surefooted: the media will deploy their various platforms in expanding and extending the frontiers of advocacy for government’s effort through the agency to curb the menace of abuse of bleaching creams.

At the workshop, the agency and health journalists benefitted immensely from the very rich insights of an Associate Professor  of Diasporic  communication and Head of Department of Mass Communication at the Baze University, Professor Abiodun Adeniyi, who presented a robust paper on the “Role of Mass Media in Promoting Public Health.” The crux of his presentation around the theme centred on the crucial nature of health reporting as a specialized field that is most helpful in the sustenance of citizens, through the provision of requisite information, for education, awareness and social progress. He posited that the “health reporter needs also to regularly hone his/her skills to enhance the quality of his/her reports, given the technical, scientific nature of the field.  Doing this often is a sure way to quality reporting, appreciable use of information by the readers/audience, and a path to the well-being of the society.”

Indeed, the agency provided the overarching context within which the sensitization is located while also explaining the ramifications and/or implications for industry regulations in particular and societal well-being in general.  The Acting Director-General, Dr Eimunjeze, underscored the significance of the campaign to institutional efforts at strengthening the fight against the menace of skin bleaching using harmful products.She urged the media to take the front seat in the campaign against the pandemic by providing Nigerians with the right information to make the right decision about safeguarding their health.

But, consider for a moment, Eimunjeze’s lamentations: It is evidently, the presence of unapproved skin-bleaching creams and products in the country, which she said had assumed alarming proportions to the detriment of the majority of unsuspecting Nigerians (who ignorantly use them without being aware of the concomitant debilitating side effects). These products are often prepared specially for clients with no declaration as to the content of the products. She, therefore, anchored on this basis her warning to Nigerians against the many bleaching creams out there that were not regulated by the agency.

Speaking pointblank to the fact that it was an issue that required the cooperation of all well-meaning Nigerians to address, the acting Director General declared: “There are those who are clandestinely in the market in which the agency has yet to effect the requisite regulatory control, and Nigerians must be careful about those creams. We see dangers inherent in using those creams (products) that are not in our regulatory process; so, we are collaborating with health journalists to help us increase awareness on the products that have not gone through the regulatory process on the impact these could have on their health. When you use a product that has chemicals that could affect the body in many ways or systemically cause a reaction on the skin and could affect the organ, it is a matter of concern to the regulatory authority. There are many consequences of this, such as kidney failure and liver damage from an accumulation of toxic chemicals within the system. So, we want people to be aware of possibilities and try to modify their behaviours. Although, people have the right to make choices, but you need to make informed choices that will guide you and not the ones that will hurt you.”

Amid exchange of thought-provoking ideas at the workshop, Dr Eimunjeze challenged rational Nigerians, particularly social scientists, to examine and look at the reasons why people or why some men go for white or fair women, explaining that “this notion comes along with the way people perceive themselves to make them more receivable or acceptable in the society.”  According to her, the examination was necessary in order to make those bleachers re-orientate themselves to the realities of life.  But then, she noted that bleaching was not peculiar to Nigeria alone, explaining that it was a global issue that needed to be discussed.

Instructively, Dr Eimunjeze, however, added that there were creams that were approved and formulated with clear declaration of composition and concentrations  in line with laid down regulations for these products. She stated that creams exist that “many don’t know the formulation of the creams.” She warned that such creams could be toxic to the body. In the corollary, she vowed that the agency would not allow that development to continue, saying that NAFDAC had clear knowledge of the formulation of those under the agency’s regulation. She also talked about organic products, which were perceived to cause no harm as they are natural. She, however, cautioned that this notion was not accurate as there exist organic and natural products that can cause harm and adverse reactions.

In his welcome address at the sensitization workshop, the Director of Public Affairs, Dr Abubakar Jimoh, expressed delight over the concerns raised on the harms caused by bleaching creams by the federal government, which he said had necessitated the national media sensitization campaign and regulatory controls. He took the opportunity to call on the media to robustly get involved in the campaign as they were the right vehicle and conveyor belt for evidence-based information to broadcast the campaign to the public, to take the lead in this strategic bid to help rid the nation of the bleaching pandemic countrywide.

The journalists covering the health beat, who participated in the workshop in their numbers, were excited that they were being sensitized for achievement of synergy and better collaborative coverage of the food and drug industry to promote best practices and ensure the  safety of the public.