The Nigerian left and the Abuja meeting by Ike Okonta

By EditorDecember 13, 2022No Comments6 Mins Read 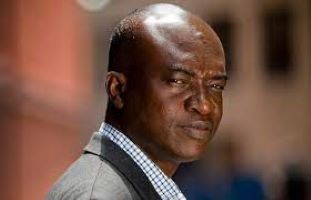 Politics, like nature, abhors a vacuum. When you cease to participate in political activities in your country, other actors will rise up and take your place, and their doings may not be to your liking. That is what has happened to the Nigerian Left since 1999. It is beyond dispute that this political tendency, with the support of students, workers, peasants, market women, the unemployed and plain ordinary folk broke the spine of military dictatorship in our country and ushered in the democratic government that has now been in place for 23 years.

But an unfortunate development occurred in 1999. Instead of rallying its forces and participating in the general election of that year, the Nigerian Left tragically split into factions, some insisting that the National Question had to be addressed before any meaningful elections could take place, some sitting on the fence, and yet others joining forces with the neo-colonial bourgeoisie forces that were preparing to step into the shoes of the departing military and continuing with the tradition of plunder. The inevitable consequence is that the Fourth Republic began life in May 1999 with the Nigerian Left missing in action. And it has been missing from the Nigerian political arena since then.

It took the intervention of Owei Lakemfa, the journalist and former trade unionist and a long-standing denizen of the Nigerian Left, to convene a meeting of members of this political tendency in Abuja last November. The agenda of the meeting was modest – to gather like minds together and examine the reasons why the Nigerian Left has not been playing a meaningful role in Nigerian politics since the return of democratic rule in 1999, and to explore ways in which this sad development could be speedily remedied. The two-day meeting was well-attended. People came from all parts of the country. Some who could not be physically present joined virtually through Zoom.

Leading members of the Left presented papers. Femi Falana, the Lagos-based lawyer, tackled the subject of what had gone wrong with the Left in Nigeria and possible solutions. Jibrin Ibrahim, an academic and civil society activist critiqued democracy and governance in Nigeria and what the Left could do to salvage them. Lanre Arogundade was to explore the role of the media in the struggle to salvage Nigeria but his flight from Lagos was delayed and he arrived late, only presenting a few remarks later when he eventually arrived. Y.Z. Yau was to tackle the struggles of students and youths and their role in national development but he was absent. Hauwa Mustapha, who was to present a paper on the role of women and women organisations to birth a new Nigeria was unable to arrive on the first day when papers were presented, but arrived on the second day and made a few remarks. Abiodun Aremu gave a fulsome treatment of the challenges of the Labour Movement and what it could do to liberate the country.

The likes of Dr Chidi Odinkalu, Baba Aye and several others participated online and enriched the debate with their contributions. On the second day, the gathering broke up into four thematic groups to deliberate on the topics: the fate of democracy in Nigeria; issue-based campaigns in the 2023 general election; how to document popular struggles of the Nigerian Left; and how to mainstream the Left in Nigerian politics. Again, several people participated virtually. The debates were rich and wide-ranging, pointing out ways in which the Left in Nigeria could shake off its slumber and re-enter the Nigerian political arena.

The Nigerian Left has a rich and fascinating history starting in the 1940s when the likes of Michael Imoudu played a key role in the general strike of 1946 that brought economic activities in the country to a halt. The Left was not missing in action following the massacre of coalmine workers in Iva Valley, near Enugu, in 1949. Members of the Zikist Movement called for a socialist government in the country in the early 1950s as the struggle for independence heightened. When Aminu Kano and other progressive elements in the North founded the Northern Elements Progressive Union (NEPU) in 1950, they declared unequivocally that political parties were representatives of class interests, and that NEPU represented the Talakawa (the Northern poor). Michael Imoudu contested the 1964 general election on the platform of the Nigerian Labour Party. Dr Tunji Otegbeye was also very active in the First Republic politics, running for office on the auspices of a political party dedicated to uplifting Nigerian workers and farmers.

Aminu Kano, following the return of democratic government in 1979, transformed NEPU into the Peoples Redemption Party and won governorship elections in two key northern states – Kano and Kaduna. The forces of reaction fought back, and by 1983 PRP was a pale shadow of its former self, wracked by internal divisions. Even so, progressive forces were able to regroup all over the country following the return of military rule, and during the Political Bureau debate convened by General Ibrahim Babangida on what ideological line the country should follow, were able to mobilise the majority of Nigerians to settle for socialism. The annulment of the June 1993 presidential election result was the opportunity the Nigerian Left needed to do away with military rule, and it achieved this brilliantly in 1999.

There have been tentative attempts to build on the efforts of Aminu Kano’s PRP and establish a country-wide socialist political party since the end of the Second Republic in 1983. Chima Ubani and Bamidele Aturu led the way in establishing the Democratic Alternative in 1994 when the battle to end military dictatorship was still raging. The party has since died, the casualty of the usual in-fighting among the Left. Gani Fawehimi and his compatriots founded the National Conscience Party (NCP) in 2003. The party contested elections but when it did not make appreciable headway, collapsed like DA before it. Efforts are ongoing to revive the Peoples Redemption Party, but so far the party’s activities are still restricted to Kano and neigbouring states.

It is clear from the foregoing that the Nigerian Left needs a fresh shot in the arm if it is to intervene meaningfully in the country’s political process. I suggest a follow-up on Owei Lakemfa’s Abuja meeting where the question of a political programme, broad enough to accommodate the various tendencies in the Left, will be worked out. Then the question of a Nigeria-wide political party of the Left should be tackled in subsequent meetings. I am not saying it will be easy, but it is either the Nigerian Left intervenes in the political process or Nigeria will die. It is as simple as that.