By EditorDecember 19, 2022No Comments3 Mins Read 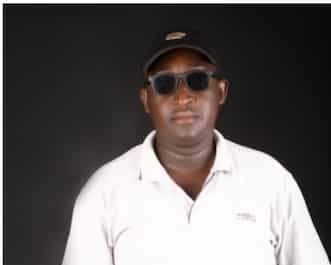 A member of the All Progressives Congress (APC) in Ebonyi State and an aspirant for Ebonyi State House of Assembly, Ejike Agbo, has raised alarm over threats to his life by some persons in the party.

Mr Agbo who was an aspirant for the House of Assembly for Ohaukwu South State Constituency raised the alarm during a press briefing in Abakaliki, capital of the State.

He said he has been receiving threatening messages from unknown persons due to his decision to challenge the primaries in the courts.

He alleged that his car was stolen after the primaries during a stakeholders meeting in Enugu and efforts to track  the car have proved abortive.

According to him, the police after investigations told him that he should forget about the car as its disappearance was politically motivated.

He called on the police in the state to protect him and his family even as he vowed to go ahead with the court case.

He said: “I want the whole world to know what is happening, that there are threats to my life and my family. And because of the ongoing insecurity in the country, one would not want to take chances.

“They want to set me up and victimise me because I have a divergent opinion from those in charge and because I went to court to challenge the outcome of the primary.

“My phones have been inundated with calls from private numbers threatening me and my family.

“They are plotting to assassinate me, they are also planning to bring up frivolous criminal allegations and even institute a secret criminal trial against me.

“Their plan is to arrest me and remand me in prison and incarcerate me till after the elections as a means to shut me up if the assassination attempt fails.

“I call on Commissioner of Police and Department of State Security (DSS) to provide me and my family with adequate security and to look into the matter so as to arrest and prosecute all those involved,” he added.

Mr Agbo noted that he has appealed the judgment of the Federal High Court in the matter.

He expressed disappointment on the ruling of the High Court which declined to continue hearing the matter.

Mr Agbo had sued the APC, the member representing Ohaukwu South in the House of Assembly and candidate of the party, Mr Chinedu Onah.

Mr Onah and Mr Agbo had emerged from parallel primaries of the party for the constituency ticket on 26th May, 2022.

However, Mr Agbo in the suit FHC/ABJ/CS/823/2022 alleged that at the time the sale of forms for the  primary election of the APC ended, Mr Onah was still a member of the PDP as pronounced by a Federal High Court in suit no HAB/31/2022.

However, Justice Fadima Murtala Aminu in a judgment delivered on December 5, 2022, declined to hear the matter due to conflicting affidavits.

“This Hon. Court having been fortified by the above recent judicial authority hereby toe the same line and declines to hear the matter because of the conflicting affidavits and this suit being sui generis a pre-election matter that would extinguished at the end of today been pursuant to the provision of the Electoral Act, 2022 and the Constitution of the Federal Republic of Nigeria, this matter is hereby dismissed,” the Judge declared.