Farewell to Benedict XVI: ‘Humble worker in vineyard of the Lord’

By EditorDecember 31, 2022No Comments3 Mins Read 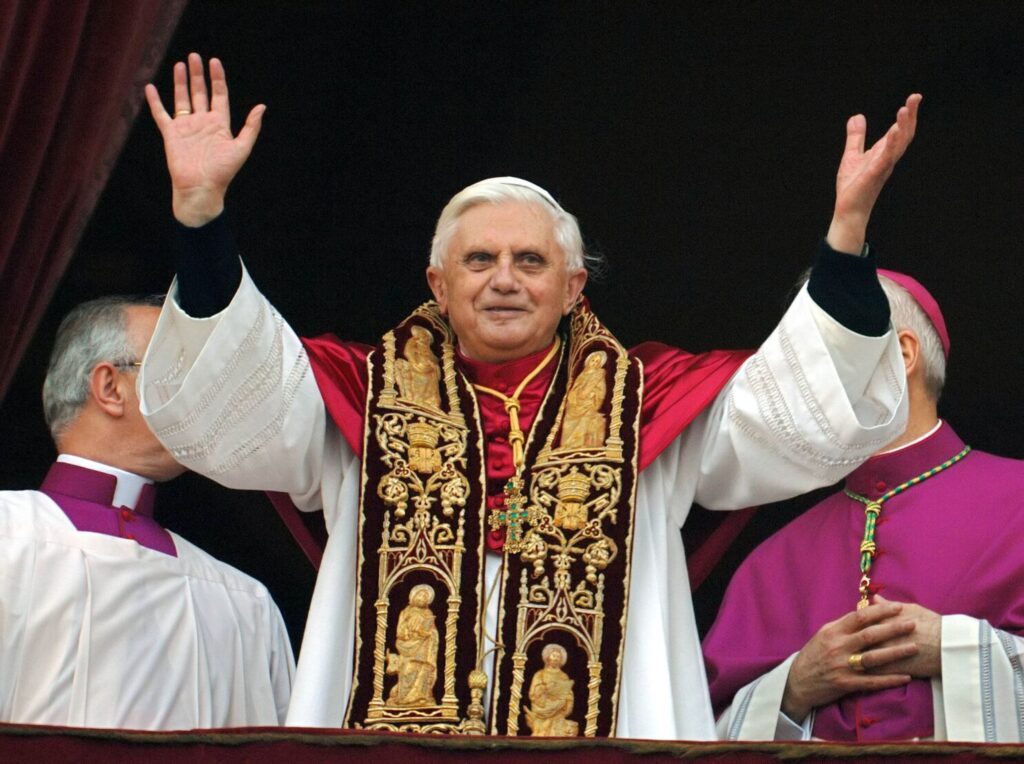 The 95-year-old Pope Emeritus Benedict XVI passed away on Saturday at 9:34 AM in his residence at the Vatican’s Mater Ecclesiae Monastery.

Pope Emeritus Benedict XVI has returned to the Father’s House.

The Holy See Press Office announced that the Pope Emeritus died at 9:34 AM on Saturday morning in his residence at the Mater Ecclesiae Monastery, which the 95-year-old Pope emeritus had chosen as his residence after resigning from the Petrine ministry in 2013.

“With sorrow I inform you that the Pope Emeritus, Benedict XVI, passed away today at 9:34 AM in the Mater Ecclesiae Monastery in the Vatican. Further information will be provided as soon as possible.  As of Monday morning, 2 January 2023, the body of the Pope Emeritus will be in Saint Peter’s Basilica so the faithful can pay their respects.”

Already for several days, the health conditions of the Pope Emeritus had worsened due to advancing age, as the Press Office had reported in its updates of the evolving situation.

Pope Francis himself publicly shared the news about his predecessor’s worsening health at the end of the last General Audience of the year, on 28 December.

The Pope had invited people to pray for the Pope Emeritus, who was “very ill,” so that the Lord might console him and support him “in this witness of love for the Church until the end.”

Following this invitation, prayer initiatives sprung up and multiplied on all continents, along with an outpouring of messages of solidarity and closeness from secular leaders.

During a briefing at the Holy See Press office, the director, Matteo Bruni, told journalists that  Pope Francis will preside over the funeral of the Pope Emeritus on 5 January at 9.30 CET in St. Peter’s Square. No tickets are foreseen for participation in the Mass.

Bruni also said the Pope Emeritus on Wednesday 28th, in the afternoon, received the Sacrament of Anointing of the Sick in the Mater Ecclesiae monastery at the end of Holy Mass.

And speaking to reporters after the briefing he said Benedict specifically asked that everything – including the funeral – be marked by simplicity, just as he lived his life.

A statement later in the day shed more light on details regarding the lying in state, the funeral ceremony and the burial.

It noted that at the conclusion of the Eucharistic celebration presided over by the Holy Father, the Final Commendation and Valediction will take place.

The Pope Emeritus‘ remains will then be taken into St. Peter’s  Basilica and then to the Vatican Grottos where he will be laid to rest.

Pope Emeritus Benedict XVI’s remains will rest at the Mater Ecclesiae monastery until the morning of Monday, 2 January; official visits or public prayers are not foreseen.

From 9am on the same day, Benedict’s body will lie in state in St. Peter’s  Basilica so the faithful can pay their final respects.

On Monday the Basilica will remain open from 9am to 7pm; on Tuesday and Wednesday from 7am to 7pm.