Over 1,000 benefit from free eye treatment in Anambra

By EditorDecember 31, 2022No Comments2 Mins Read 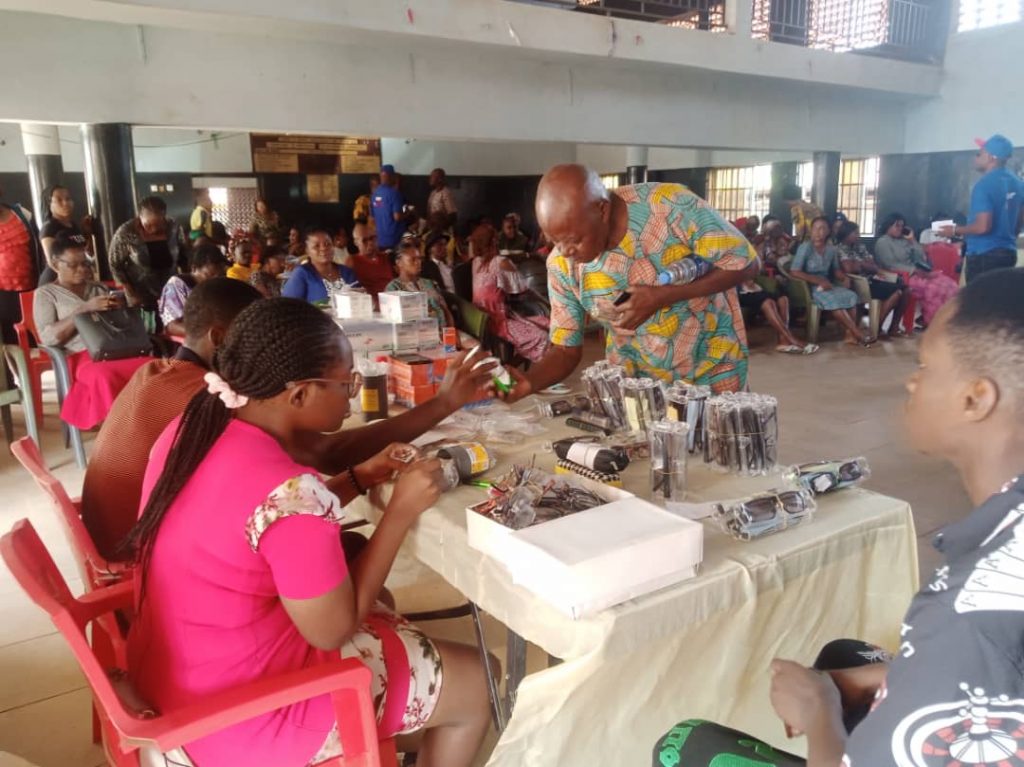 About one thousand individuals have benefited from a free eye screening and treatment organised by Mayors Club Amawbia in Anambra State.

Among the beneficiaries of the two-day free eye treatment were both indigenes and non-indigenes of Amawbia town. The event took place at Amawbia town hall, Eziokpalaigwe Amawbia, where both male and female, the aged and the youth alike took part in the exercise.

Members of Mayors club engaged the services of experts who screened and dispensed drugs, as well as medicated eye glasses to the patients.

Addressing newsmen, the Chairman of Mayors club Amawbia, Mr. Chuma Ngini, explained that Mayors club was conceived in 2014 but kicked off in 2015 to champion the growth and development of Amawbia and those living in the community.

He said that members of the club normally agree on what project to be carried out every year and contribute money among themselves to fund the project, adding that apart from the medical outreach, they had drilled boreholes in schools in Amawbia, and had given scholarship to indigent children, which he said they would continue.

Chairman of medical committee of the club, Pharmacist Emeka Nwachukwu, said that members were able to secure glasses, drugs and eye drops to give to the beneficiaries during this second phase of the free eye treatment.

He said that they would conduct surgeries for those with severe cases at no cost, as according to him, their sole aim was to provide quality healthcare for Amawbia people and residents of the community.

Some beneficiaries, including Sunday Mfugo, Gabriel Eziegbuna, Veronica Nwakwue and Kanayo Osolo, a former Secretary General of Amawbia Town Union, appreciated Mayors club for the gesture, noting that many of them could not afford the treatment, which was why they will remain eternally grateful to the club.