By EditorJanuary 3, 2023No Comments2 Mins Read 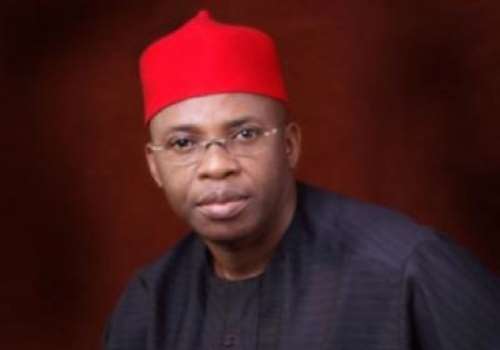 Gunmen numbering over ten on Monday attacked the convoy of former Imo State Governor, Ikedi Ohakim, and about four security officers were allegedly killed and five others injured while Ohakim escaped from the attack.

Eyewitnesses said the incident happened at about 07:35 pm around Oriagu in Ehime Mbano Local Government Area of Imo State.

The reason for the attack was not known at the time of filing this report, but one of the eyewitnesses alleged that in recent times Oriagu axis has become the spot where kidnappers strike and take their victims to the thick forest within the area to demand for ransom.

Others linked Ohakim’s attack to the build-up to the 2023 election where opponents have employed different tactics to put fear and suppress their rivals.

One of the villagers who resides at Oriagu said: “Apart from the shooting at the security of Ohakim, the gunmen killed some and took some of them into the bushes.

“Ohakim was lucky, he escaped. They were shooting in any direction because they wanted to get down everybody in the convoy. At that spot, once they strike they like to take their victims into the forest. It is like a business. It has happened to one of my brothers. We later got him out after doing the needful.”