By EditorJanuary 4, 2023No Comments2 Mins Read 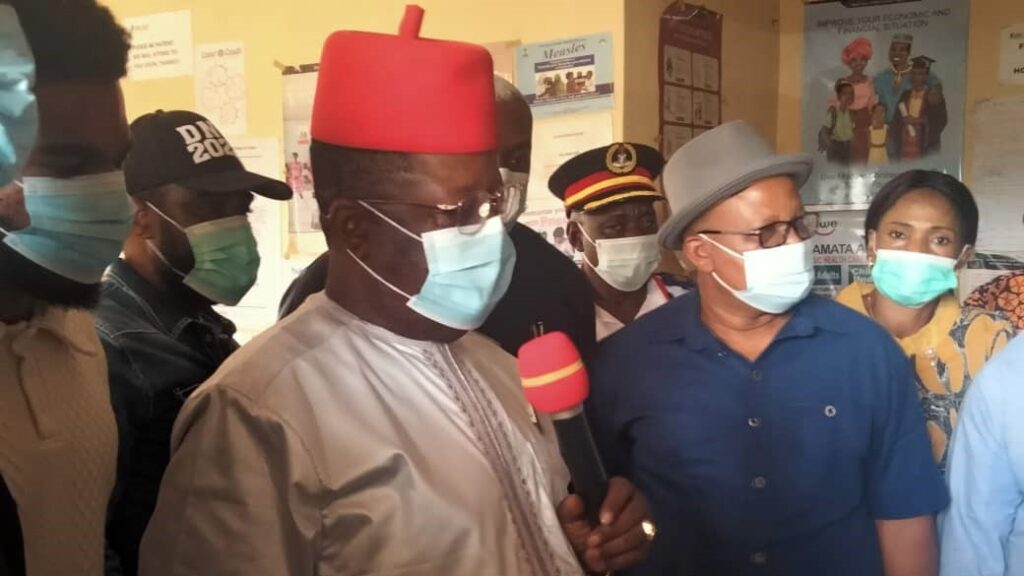 An Indigene of Amaegbu Amara, Akpoha, Afikpo North Local Government Area of Ebony State, Augustine Agha, lamented that he lost the wife of his younger brother, Mary Elem, a six months nursing mother, and her two year old son, Augustine Agha Elemchi, to the cholera outbreak that occurred in the community.

They were among the nine that died due to the outbreak.

He noted that it was Augustine that first died before her mother after the boy vomited and drugs were administered.

Elemchi disclosed this while speaking with Journalists in the community.

He described the death of the woman and her baby as painful.

He noted that the 20 year old mother developed stomach problem in the night and died in the morning.

Meanwhile, Ebonyi State Government will sink ten number boreholes in Akpoha community in Afikpo North as a way of tackling water scarcity in the Council.

At least nine persons have died in the community following the outbreak.

Governor Umahi thanked the Chairman of Afikpo North Local Government Area, Mr. Uchenna Nnajiofor, the Commissioner for Health, Dan Umezurike, and Health Workers at the facility for efforts at saving the lives of the patients.

He said his administration would also construct modern toilets in the area within the next two weeks.

The Governor also thanked stakeholders of the area for their prompt response and urged them to continue to uphold peace in their domain.

“There is nothing as good peace, the same way we should not allow division to come in between us, when leaders struggle for supremacy, it is a terrible thing because there is a place for everybody.”

The Commissioner for Health, Dr. Daniel Umezuruike, said over one hundred patients have been successfully managed at the Health facility and thanked the State Government for giving the Health stakeholders the wherewithal.

The Governor later donated hundreds of bags of rice, wrappers, two cows and sums of money to the patients and health workers at the hospital.