Free our monarch, Mbaise women cry out to Uzodimma

By EditorJanuary 22, 2023No Comments3 Mins Read 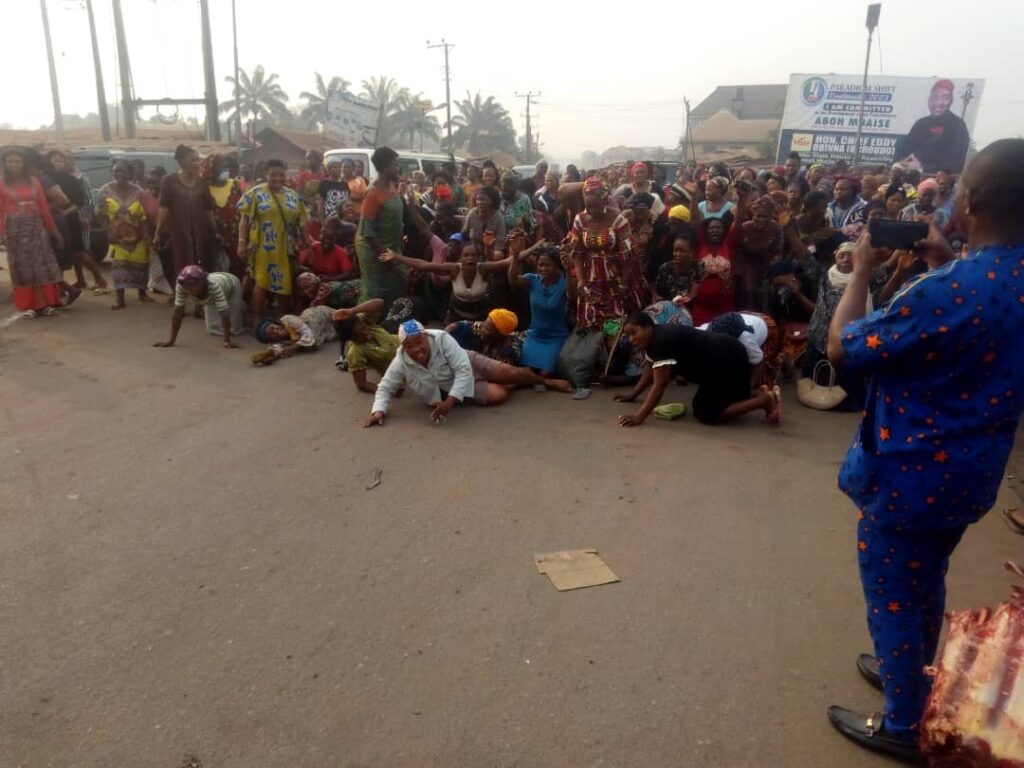 Hundreds of women from Umunneato in  Nguru Autonomous community, Aboh Mbaise Local Government Area of Imo State, on Sunday continued their protest pleading with the Imo State Governor, Hope Uzodimma, to intervene for the release of their Traditional Ruler, Eze Leo Nwokocha, who was detained by the Police since December 28, 2022.

The women protested at Eke Nguru Market, in Aboh Mbaise L:ocal Government Area of the state.

Eze Nwokocha’s arrest came after one of his subjects, known as Chinwendu Nwagwu popularly called Onye Army, suspected to be a member of the Indigenous People of Biafra, IPOB, was arrested by the police. Onye Army was reported to have confessed to being involved in several attacks in Imo. The suspect claimed that Eze Nwokocha was one of the sponsors of their group. The suspect’s confession allegedly led to the arrest of the monarch last year on 28 December.

Since then, the Umunneato community comprised of  Egberede, Eziala and  Nguru, have been in pain, and anger adding that the allegation was not true.

A cross-section of the women who spoke to newsmen at the Eke Nguru market said the enemies of the community are now at work and that they wanted to destroy the community and the traditional ruler.

Also speaking, Mrs Florence Opara, said: “We are not happy our Eze is not with us. We are begging our governor to come to our help. Our Eze is not problematic. He helps the widows. He helps the needy in our community. Everybody is crying. We are suffering. We are tired. We need the governor to help us. Bad people want to destroy our traditional ruler. We are protesting so that the world will know the truth.”

Adding her voice, Mrs Christiana Ogbonna, said: “We plead to our good governor to help us. We want the governor to beg the police that forcefully took him away. The truth is that his not involved in anything that they are accusing him of. Please, our governor should intervene and free our Eze. The entire community is not happy.”