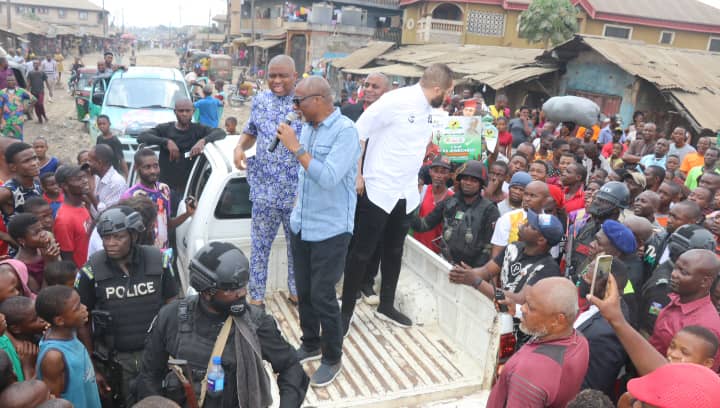 Former Senate Minority Leader and senator representing Abia South, Senator Enyinnaya Abaribe, has debunked speculations making the rounds that he was dead, saying he is alive, hale and hearty.

Abaribe who spoke through his Aide, Mr Uchenna Awom, dismissed the said death rumour as fake and complete falsehood.

He said that he just returned from Aba where he campaigned in some wards and was holding meeting in his house when our Correspondent called.

Senator Abaribe who is the All Progressives Grand Alliance, APGA, candidate for Abia South said he was not thinking of death but how to win the forthcoming election and continue to represent his constituents at the red chamber.

He said that those behind the rumour should be disregarded, urging his supporters and constituents not to be perturbed.