As they get dirty, let’s go clean by Jude Eze 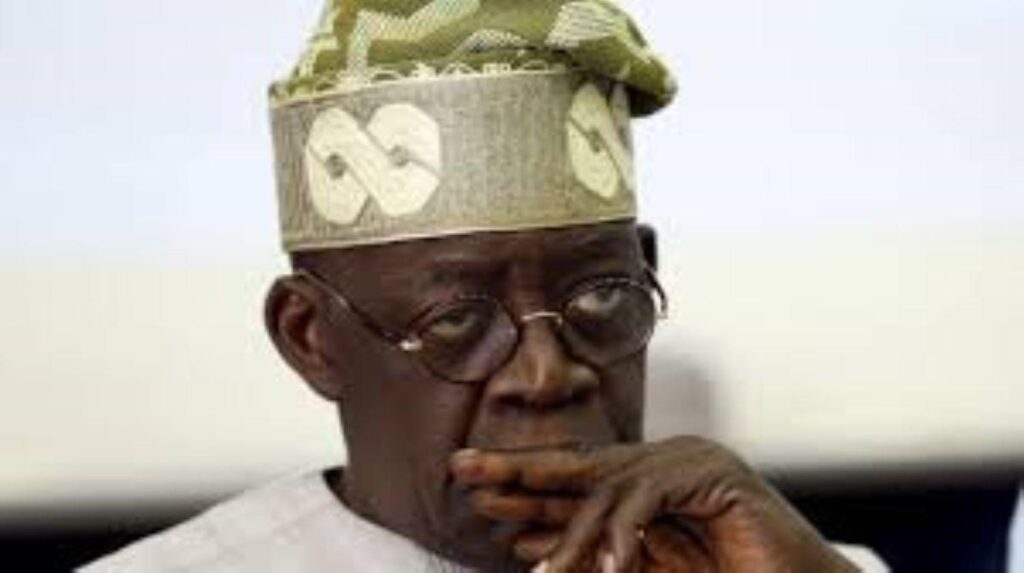 There was dilemma around choosing a fitting title for today’s edition of our weekly digest. The first instinct was to theme it “Shaka Momodu was right.” The reason for that contemplation, you will discover as we muse along. The second was naming it “Tinubu proves critics right.” But to suit possible editorial countenance, the current catchphrase, inspired by former U.S first Lady, Mitchell Obama’s didactic line: “When they go low, we go high” was favoured.

One of the frightening indicators that 2023 general election may be a far cry from the gains of 2015 free and fair election was beamed last week by one of the frontline contenders, the imperial Lord of Lagos politics, Asiwaju Ahmed Bola Tinubu. Of course, no mature human in Nigeria will expect that it would be a serene atmosphere going into such decisive election in Nigeria. Third world leaders know how to get the water murky and dive in to satiate their unbridled lust for power. But the shocker here is that it came from a man we least expected. It was an unnecessary outburst from the National Leader of the All Progressives Congress, who said he was ready to get dirty to secure the presidential seat come 2023.

The APC chieftain, during a visit to the Olubadan-designate, Dr. Lekan Balogun, in Ibadan said he was ready to be dirty with anyone in his quest to become the President of the country. He had said partly, “No amount of intimidation can stop me. I am ready to get dirty. I am out to become President of Nigeria. We are at the crossroads.”This had infuriated young Nigerians who had kicked against the initial declaration of the 69-year-old politician.

No one would believe that a critical stakeholder of our national polity, (who lay claim of belonging to the coalition of civilians who ‘fought’ the military to enthrone democracy) like Asiwaju would make such inflammable statement.

But by it, he registered his desperation to get there by hook or crook — a wrong signal to the electorate that their mandate may be ambushed. He flippantly showed that he represents filthy politicians on do-or-die mission in next year’s general election. Ordinarily, such absurd comment could have passed for pastime idly talks of intellectually bankrupt politicians. But when one remembered his bullion van expedition on the eve of 2019 election, one cannot help but weep for Nigeria.

He virtually lacks the tact to convince, and so results to use of unacanny and intimidating statements. An arrogant and combustible remark capable of smacking off wild rage in the polity.

For Prof. F. Kperoogi in an article titled “Tinubu Knows He’s Lost Out. Now He Wants to Burn it All Down” this was why the APC national leader was being desperate: “although I have said in the past that next year’s presidential contest will be a short in the dark in light of the continually shifting political variables in the country, the auguries for Bola Ahmed Tinubu to clinch the nomination of APC aren’t looking pretty.

Unless something really dramatic happens between now and the next APC convention, Tinubu seems headed for an inexorably catastrophic political fall in the party he helped to form, fund, and get to power. It is now obvious to even a casual observer that the people who control the levers of APC want neither Bola Tinubu nor Yemi Osinbajo to be their party’s nominee for president in 2023.”

If you wish to measure the level of inequality in the current Nigeria setup, just imagine what would be the repercussion if this foul words came from any of the Igbo contenders for the presidency.

However, for close to three years and counting, veteran editor of no mean repute, Mr. Shaka Momodu, had been running series of commentaries themed: “Tinubu: Nigeria no be Lagos,” to caution the Godfather of Lagos/south west political dynasty against his lustful appetite to rule Nigeria as president. On the surface, it would seem harsh, as those commentaries were apparently set to discredit the Jagaban from exercising his legitimate franchise to vie for any position he is eligible to contest. But as the days go by, this Lagos landlord keeps sending out signals that he was everything Mr. Momodu’s column painted him.

Not a few pundits believed that Tinubu’s spin doctors and image makers will come up with subtle apology over the incisive remarks, but they were disappointed.

Perhaps I belonged to that population of naive Nigerians who expected a disclaimer or a followup clarification from his campaign directors to soothe the sensibilities of the masses. To people like Momodu, Tinubu’s promise of dirty politics in pursuit of presidential ambition is not a surprise. He had described him as a dirty overlord before his now.

Hear him: “From his (Tinubu’s) date of birth to his educational qualifications, career, business dealings, his mercantile politics and even his name, everything smacks of the more you look, the less you see – underscoring a lifetime of crime. A man who constantly changes his name without valid reasons must surely have something to hide. His time in office as governor of Lagos birthed one of the most audacious corruption schemes in this country’s history. I am talking of a then sitting governor awarding a sole tax revenue-collection contract to his own company, Alpha Beta, with 10 percent from a certain threshold going to him. Which governor has done that since 1999? So, at the minimum, Tinubu rakes in billions of naira monthly. As Lagos’ revenue grows, so does his bank balance. I don’t know where in the world this is allowed except in Nigeria.”

To all who are supporting his campaign, one thing is clear, his body language and utterances do not foretell a leader that can heal our land. His move to extend his mercantile empire holdings beyond the border of south west region to Edo was met with resolute resistance by the people. The hashtag #EdonobeLagos was concretized by massive turnout of voters who went against his preferred surrogate candidate.

The worry should also not be that Jagaban threatened to get dirty, more worries should be thousand and one politicians out there, who haven’t expressed theirs verbally but are already having filthy dealings to glory in 2023.

But to all patriotic Nigerians, as Tinubu and his likes decides to play dirty, wield your PVC, match to your polling stations and cast neatly.

May daylight spare us!