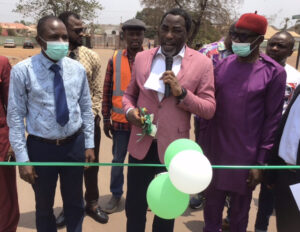 The Minister of Works and Housing, Mr Babatunde Fashola, described the project as an important and critical intervention to support education.

The minister said that the gesture was part of deliberate efforts by the current administration to improve the human condition.

He said that the Federal Government had successfully intervened in the internal road networks of 46 federal tertiary institutions and handed over 29 of such projects as at 2021.

“We now have another 17 ready to be handed over while we are currently attending to 30 roads in similar institutions across the country making a total of 76.

“The gap of our infrastructure needs is steadily being bridged by a gradual process of repairs, renewal and construction on major highways and it has reached the schools.

“The students are expressing renewed enthusiasm with regards to attending classes, because some defective roads have been restored to good condition,” he said. 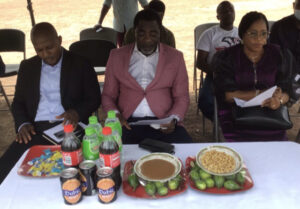 Fashola said that a lot of work needed to be done in many sectors of the economy, including education.

“The President Muhammadu Buhari’s administration has stepped up to lead the process of getting that work done.

“Although this is a civil work project, it is an investment in education. During the construction, 45 people were employed, contributing to the job creation initiative of the government.

“It is hoped that the school will now ensure that this asset is used properly and not abused,” Fashola said.

Earlier, the Rector of the institution, Dr. John Emaimo, said that the management of the school had in 2019 reached out to the ministry over the deplorable state of internal roads in the school. 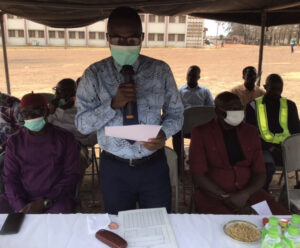 Emaimo commended the Federal Government for the intervention and requested for more of such projects.

“In as much as infrastructure is critical to the task of knowledge impartation in any institution, we cannot but ask for more of the ministry’s intervention in our college operations.

“We still have one or two roads in this premises that need to be reconstructed and we will be glad if the ministry can again help us to shoulder this responsibility,” he said.

The rector also thanked the ministry for the ongoing installation of street lights in the campus.