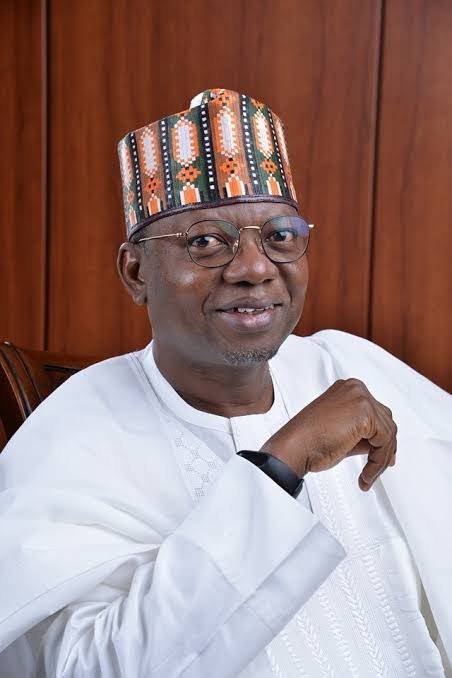 After taking an analytical look of all the contestants for the exalted position of chairman of the ruling All Progressives Congress (APC) in the forth coming national convention of the party, it is quite easy to come to some conclusions.

First, that Senator Mohammed Sani Musa is easily the best candidate and very fit for purpose as APC chairman. I shall explain why he is the round peg for the round hole.

The second conclusion is that, some of the candidates and their supporters still do not understand the real meaning and functions of a political party in a democracy. If they do, some of them will indeed not be in the race even though it is within their rights to put themselves up to be voted for.

Let me then posit straightaway that the major function of a political party is to sponsor candidates in elections and do all that is within the laws governing the electoral process to ensure victory for the candidates flying its flag at the polls.

This is why the choice of who leads APC into the next general election in 2023 is very crucial for members and in fact, for the continued survival of the party, not just as the ruling party. So as members converge at the National Convention on March 26, 2022, all APC members must realize the burden of responsibility they carry towards their great party.

Two major reasons make the choice of the next APC chairman even more imperative for the party’s survival and electoral fortunes. The first is the fact that there won’t be on the ballot, the name of President Muhammadu Buhari in 2023. In other words, there will not be any four million or more votes banked away in the North for the party. We all know how the name of the President easily mobilizes votes in the North, irrespective of who is running against him. What this means is that the party must work hard and find a creative way to convince and mobilize Nigerian voters from all the six geopolitical regions in the next general election without banking on the Buhari magic.

Even more problematic is the fact that the optics do not look too good. Not many Nigerians especially against the background of what is going on in the country now with fuel scarcity, poor electricity supplies, high cost of food items and general insecurity, can beat their chests and say APC government has delivered and on the basis of that will vote it again 2023. This is a challenge that the next APC chairman must confront.

Second and perhaps more germane is the fact that the newly passed Electoral Act has made election management heavily dependent on technology, which by the way is a good thing. It means that the era of results falsification by candidates and their parties is gradually coming to an end.

If the country’s electoral process as it should be is now going to be driven by technology, is the APC ready for this digital switch by electing a leader who is digitally compliant to lead the party?

It goes without saying that of all those vying for the position of APC chairman, the only person who is at home with modern technology is Senator Sani Musa. Others are clearly analog politicians.

It will interest those who will vote at the convention that Senator Sani is an ICT professional. In fact the history of the hand-held device, the Card Reader, which revolutionalized the electoral process in our country and restored the integrity of the electoral process by making the votes count and thereby making it possible for APC to defeat a sitting president in 2015, cannot be written without the contributions and expertise of the Niger State senator, Alhaji Sani Musa. For those who do not know, Senator Musa was a contractor to INEC and helped the election management body in procuring and operationalizing the card readers.

Because he is at home with modern technology, Senator Musa will ensure that his party, APC, will lose nothing with the electronic management of the electoral process. As a grassroots politician the lawmaker has been doing quite a lot in providing ICT knowledge for free in the country starting in his constituency.

In his own words, “I have children at home. If my children will not be on the street engaging in political thuggery or drug abuse, I will give my best to see that other children do not go on the street. I also believe our youths have the potentials to be at their best if given the necessary support. Hence, the training is geared towards making them realise their dreams and putting their potentials into profitable ventures”, Senator Musa said.

“We have to match what advanced countries are going to use against us in the future. And that is ICT. We have to start learning it today”, he said.

Moreover, Senator Sani is somebody who is people oriented and who believes that the essence of government is to improve the life chances of the ordinary citizens. So in addition to the ICT training, he pointed out at least three hundred youths and women have been undergoing training in crop production at the Niger State Technology Incubation Centre Minna and other aspects of science and technology at the Industrial Trust Fund (ITF). This very exemplary given the fact that the senator has achieved all these without any budgetary allocations as he is not from the executive arm of government.

The lawmaker further revealed that in no distant time, he was also going to build ICT Centres in each of the nine local government area in his senatorial zone. In essence, before INEC went digital, Senator Sani had already gone digital.

How glorious it will be for APC to have a national chairman with such a foresight. Again, recall that another major function of a political party is to provide policy support for the people it put in government through elections. But a party can only carry out this function if its leadership is enlightened and ahead of the times. It is crystal clear that Senator Sani will certainly provide that qualitative leadership.

It is indeed fitting that politically, the lawmaker is not encumbered by the zoning arrangements of APC. He is from the same North-central to which the chairmanship position is zoned.

And in terms of personality, Senator Sani Musa is a humble man and a great listener. As a legislator who operates in the most deliberative arm of government, he has been imbued with the patience of hearing from all sides and taking nobody for granted. These are the rare qualities expected in anyone aspiring to lead a great party like APC.