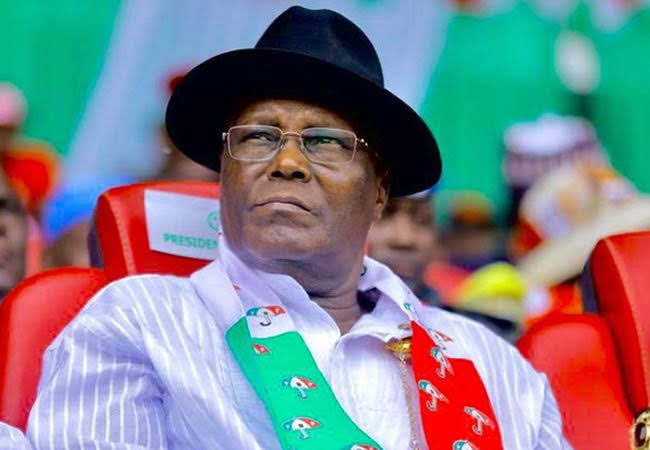 As the agitation for power ahead of 2023 gradually gathers momentum, the youth wing of the apex Igbo socio-cultural organisation, Ohanaeze Ndigbo, has described the presidential ambition of the former Vice President, Alhaji Atiku Abubakar as a threat to Nigeria’s unity.

Ohanaeze Youth Council, OYC, asked Atiku to perish his presidential ambition, arguing that it is the turn of the Southeast geo-political zone to produce the next president in 2023.

OYC wondered why Atiku who received a massive support of Ndigbo in 2019 would not reciprocate the gesture by shelving his presidential ambition and rallying behind the zone in 2023.

National President of OYC, Igboayaka. O. Igboayaka, threatened to mobilise over 50 million Igbo youths to “bury” the main opposition Peoples Democratic Party, PDP, in the 2023 election if the party fails to cede its presidential ticket to the Southeast.

Speaking to newsmen in Owerri, Imo State, Igboayaka frowned at what he described as “the undue desperation of Atiku Abubakar to pick the presidential ticket of the PDP.”

Comrade Igboayaka while reacting to the recent meeting of Atiku Abubakar with PDP Board of Trustees, BoT, over his presidential ambition, described it as a call that would “instigate Nigeria’s disintegration.”

His words: “If PDP dare gives him the ticket in 2023 against Southeast aspirants, the party will not just lose the election, but it will be an evidential call for total disintegration of Nigeria.

“Atiku Abubakar should go to the history line of PDP formation from G34 led by Dr. Alex Ekwueme before it became a political party, to ascertain that Southeast has paid the ultimate sacrifice in PDP more than any other zone in Nigeria”.

Speaking further, he said that
Southeastern people had contributed in the formation, building, as well as sustenance of PDP.

“Atiku Abubakar’s call to contest in PDP is a call to interrupt the unity and peace in Nigeria and such a move will lead to national political disaster, anarchy and tribal crises that will sink Nigeria.

“If PDP denies southeast its presidential ticket, the only thing over 50 million Igbo youths must ensure is to keep Nigeria one by massively voting APC Presidential candidate from southeast, and no PDP office/flag from ward level to state level will stand erect in the southeast. We’ll fight PDP like Yakubu GOWON did to keep Nigeria one.

“PDP must avoid using Atiku Abubakar, Aminu Tambuwal and other selfish presidential aspirants that are not from the southeast to disintegrate or cause Nigeria her national unity” Igboayaka maintained.

“It’s derogatory that Atiku Abubakar boasted how he used Ben Obi and Peter Obi as running mates, Atiku Abubakar should know that if any Nigerian desires to see Nigeria as the ‘Giant of Africa’ as proposed by Dr. Nnamdi Azikiwe (Zik of Africa), then it’s high time he dropped his presidential ambition and support a credible and competent presidential aspirant from the southeast to build the Nigeria of Zik’s vision” Igboayaka stated.

“Atiku Abubakar must awaken his human consciousness and realize that among the six geo-political zones in Nigeria, southeast gave him the overwhelming votes, which led the present administration of president Muhammadu Buhari to nick-name southeastern people 5%.

“Therefore, it is historical that Atiku Abubakar and PDP family are owing the southeastern people a reciprocation gratitude in 2023 presidential election”.