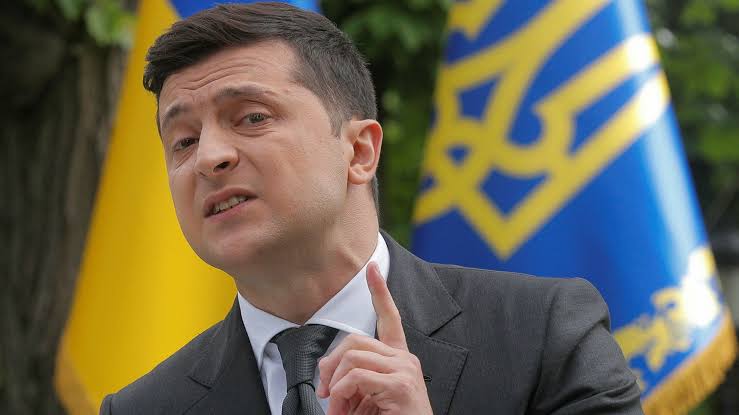 On 24 February 2022, Russian troops  invaded Ukraine, resulting in a major escalation of conflict between the two nations and setting off the biggest armed conflict in Europe, since World War II. At the time of writing this piece, thousands have died and both sides have sustained serious casualties. As a fallout of this tragedy, an estimated three million Ukrainians have been forced to flee their homes and onto another country, triggering an unprecedented refugee crisis.

In the events leading up to this invasion, President Putin accused the US and NATO of threatening Russia’s security by expanding eastward and claimed that Ukraine is being dominated by Neo-Nazis whom he said were persecuting the Russian speaking minority in that country.

It’s important to note that the man leading this group being accused of prosecuting a neo-Nazi agenda is none other than President Volodymyr Zelenskyy, himself Jewish and a native Russian speaker. But none of those mattered to Putin and the Kremlin power structure. In 2021, Russia began a massive build up of military assets along its Ukrainian border, in preparation of an invasion, a charge which it denied up until the night prior to the invasion.

On the morning of February 24th, Russian missiles rained over Kiev, the Ukraine capital, followed by a multi-pronged large ground invasion in what Putin called a special military operation to demilitarize and “denazify” Ukraine.

Granted that Russia has a legitimate reason to be concerned should Ukraine join NATO, the latter had demonstrated unwillingness to extend membership to Ukraine in deference to Russia’s voiced concerns. That said, Ukraine as a sovereign nation is within its right to purse strategic relationships, military, economic or political with any group it chooses to align with, in pursuit of her national interest. That is what Russia and every other independent nation do all the time.

With one of the strongest military in the world, supported by one of the largest nuclear arsenal that can boast of over 6000 warheads, Russia is heavily fortified and knows that the West will do everything humanly possible to avert an armed confrontation with her. Doing otherwise would without a shred of doubt result in a mutually assured destruction which no one desires. But Putin has other reasons to invade Ukraine.

The Kremlin believes that Russia will never become a consequential global power without exerting control over Ukraine. There is also the idea that a democratic and prosperous Ukraine is a threat to the current authoritarianism in Russia and may inspire a whole generation of dissenting voices that could demand changes in the way things are done.

As despicable as Russia’s action is in invading her smaller neighbour, killing and maiming innocent citizen, you would think the whole world would rise up with one voice and in total condemnation of  such predatory and barbaric behavior. Not really. There are some very intelligent minds applauding Russia’s action and blaming Ukraine for daring to chart her own course. The basis of their support for Russia is premised on the notion that NATO countries like the US had caused even worse atrocities than whatever Russia is doing currently in Ukraine. Even when that may be the case, should Ukrainians be left to be murdered in their homes simply because Russia is not doing anything worse than what the West had done in the past?

Instead of rallying in support of Ukraine, these people are busy attacking the straw man.

The straw man argument is about the construction of a second argument that tends to resemble to a certain degree, the one that the opponent is wanting to make. Most often, however, the distorted interpretation is only remotely related to the original claim. The perverted argument may just focus on one aspect of the claim, exaggerate it or take it totally out of context. Those are logical fallacies which are not alien to polemical debate, especially the one about highly charged emotional subjects.

But for the sake of this piece, let’s even consider the relationship between NATO and Russia. There is this argument being made that if the West really wanted to pursue global peace, NATO should have disbanded when the Warsaw Pact ended in 1991. What proponents of this line of thought believe is that if NATO had gone the way of Warsaw, Russia would today, have no issues to worry about and that meant the Ukraine invasion could have potentially  been avoided. That’s just a gross over-simplification of facts.

What many might be ignoring is the fact that after the Warsaw Pact collapsed in 1991, Russia and a few other countries of the former USSR joined China in the Shanghai Cooperation Organization (SCO) also called the Shanghai Pact. SCO is a transcontinental security, economic and political alliance regarded as the world’s largest regional organisation. Russia did not just go home and suck it up, it went into a larger pact with China and others.

Military exercises are also regularly conducted among member-states of the SCO in order to maintain regional peace and stability as well as promote cooperation against terrorism and external threats. It’s equally important to note that Warsaw Pact did not dissolve because Russia was extending an olive branch to the west out of sheer benevolence. The pact crumbled because USSR which was the glue holding the union unraveled in 1991.

America and Europe sure loved that the Warsaw Pact collapsed, just like you would rejoice when your enemy run into problems. But thinking they caused the collapse of the Warsaw Pact is like blaming the wind for the collapse of a house built on a faulty foundation. That would be giving the west too much credit. Communism was defeated because what it teaches went against the nature of man and every other institution that it propped up collapsed when it couldn’t stand anymore. It’s been called the most bogus human experiment in history.

Russia is lashing out because, after the collapse of USSR, many of the nations that were part of the old communist alliances no more see a future in authoritarianism and so gravitated towards liberal democracy as practiced in the West. The latter is far from perfect but has proven over time to be a more sustainable political model that guarantees more peace and prosperity, while delivering better quality of life than what obtained under the yoke of communism.

Most of these nations feel threatened by Russia and are all flocking to join North Atlantic Treaty Organization (NATO) seeking to protect themselves against a belligerent neighbor. Starting with Czech Republic, Poland and Hungary in 1999, Bulgaria, Latvia, Estonia, Lithuania, Romania and Slovakia followed in 2004, and Albania in 2009. Bosnia-Herzegovina. That’s exactly the same thing Ukrainians want, not to threaten Russia but to pursue her growth and development as a nation.

Russia and Putin need to have a deep introspection as to why all her former friends and allies are abandoning her and seeking out new friendship with the West. Maybe it has to do with the old saying that if you make better mousetraps, the world would beat a path to your door. The West offers  peace, opportunities and progress to her citizens. Russians on the other hand, are served with Putin’s extremely corrupt and repressive regime that favors the oligarchs, and poisons or assasinates opposition figures.

Ukraine should be allowed to choose her friends. I don’t know that when given an option to decide between St. Petersburg and New York on where to live and raise a family, that those blaming Ukraine would choose the latter.

But again, we are making a straw man’s argument. It’s not about who is standing on a better moral ground or who is sitting on a sounder economic footing between the West and Russia. It’s about the fact that Russia attacked a sovereign nation doing what she considers best to make her stronger and more prosperous.