You asked ‘where are the Igbo candidates?’ by Moses Ochonu 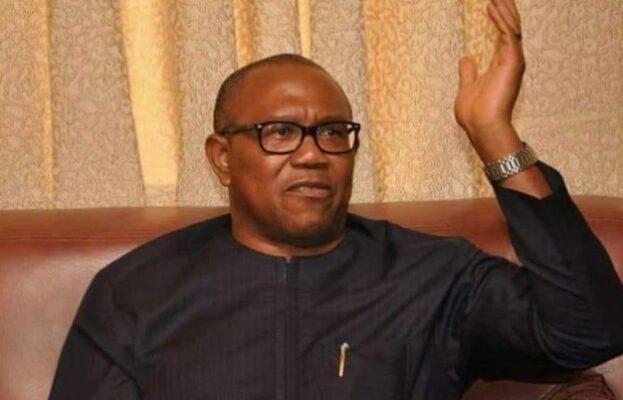 You derisively said “the Igbo are not ready.”

You challenged the Igbo to produce credible candidates with capacity.

You claimed that no Igbo politician has national appeal.

You say the Igbo are not united, as if the other groups that have produced presidents are united.

What you didn’t say is that you’re campaigning for a non-Igbo president. Nothing wrong with that, but be honest and don’t knock the nation-building imperative of having a competent Igbo as president in order to make the case for your preferred non-Igbo candidate.
What you didn’t say is that you’re probably one of the Nigerians who, for reasons known only to them and God, have a thing against the Igbo or detest the idea of seeing an Igbo man lead Nigeria.

Now that Peter Obi, a competent, credible Igbo politician with national appeal, has declared for the presidential contest, I wonder what your new talking points will be.

One, “Obi has no structure (meaning he doesn’t have enough dollars to throw around)”.

Two, “the Igbo cannot be trusted”; “the Igbo don’t have the number,” etc.

Deep down, you know that the Igbo deserve the presidency more than any other major politico-ethnic bloc.

Deep down, you know that Peter Obi is by far the best material of all the candidates that have declared their interest in the major parties so far, since he has no baggage of corruption, is relatively young, has demonstrated capacity by recording arguably the best gubernatorial tenure since 1999, and is self-aware and self-critical.

You say you don’t just want an Igbo president but that you’d be happy with a president of Igbo extraction who is competent. You have that in Peter Obi, but you can’t bring yourself to support him because you’re prejudiced against his ethnic community, a prejudice you hide behind the specious rhetoric of “politics is a game of numbers” and “power is taken, not given.”

You know deep down that an Igbo presidency would be the best, most significant investment in nation-building in our fractured and extremely divided nation since independence, but you can’t get past your prejudice or the suspicions you’ve been socialized to harbor towards the Igbo.

You know that having a competent and proven Igbo as President could permanently address and satiate the legitimate complaints of political exclusion and its attendant separatist agitation, and that, as an added benefit, it could repair some of the economic and political damage and stagnancy of the past decade, but you somehow can’t bring yourself to accept the fact that an Igbo person who checks all the boxes and meets your own declared criteria for the presidency is ready and available to serve in that role.

The next thing we may hear from you is “2023 is not their time,” or “let the Igbo work with other groups to produce an Igbo president in the future.”

This attitude is escapism, hypocrisy, self-contradiction, and duplicity rolled into one deceptive rhetoric that hides an Igbophobic mindset.

And yes, Igbophobia is a thing (many of us are still fighting the civil war mentally), and unless we confront it and have an honest conversation about it as a nation, national cohesion will continue to elude us.