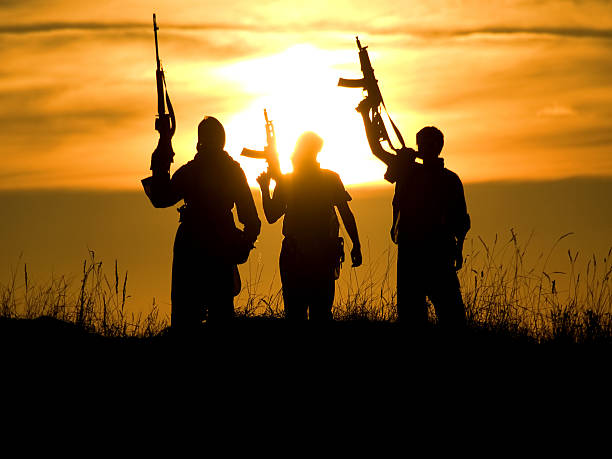 The United States of America has named six Nigerians believed to be sponsoring terrorism in Nigeria.

The country subsequently placed the affected persons on the terror list.

The affected Nigerians, according to a release from the US are:  Abdurrahman Ado Musa, Salihu Yusuf Adamu, Bashir Ali Yusuf, Muhammed Ibrahim Isa, Ibrahim Ali Alhassan, and Surajo Abubakar Muhammad.

This is coming six months after the United Arab Emirates (UAE) placed all six Nigerians on its terror list.

The Federal Government reluctantly designated bandits as terrorists after a court order recently as the Government had simply described them as criminals despite public outcry and swelling clamour to proscribe the mass murderers.

A statement Friday, by the US Department of the Treasury’s Office of Foreign Assets Control (OFAC) said it has added the names of the six Nigerians to “the List of Specially Designated Nationals and Blocked Persons, pursuant to Executive Order 13224, as amended, for having materially assisted, sponsored, or provided financial, material, or technological support for, or goods or services to or in support of, Boko Haram”.

The statement signed by Under Secretary of the Treasury Brian Nelson said, “With this action, the United States joins the UAE in targeting terrorist financing networks of mutual concern,”

It read in part: “Treasury continues to target financial facilitators of terrorist activity worldwide. We welcome multilateral action on this Boko Haram network to ensure that it is not able to move any further funds through the international financial system.

“As a result of today’s action, all property and interests in property of the individuals named above, and of any entities that are owned, directly or indirectly, 50 percent or more by them, individually, or with other blocked persons, that are in the United States or in the possession or control of U.S. persons, must be blocked and reported to OFAC.

“Furthermore, engaging in certain transactions with the individuals designated today entails risk of secondary sanctions pursuant to E.O. 13224, as amended. Pursuant to this authority, OFAC can prohibit or impose strict conditions on the opening or maintaining in the United States of a correspondent account or a payable-through account of a foreign financial institution that knowingly conducted or facilitated any significant transaction on behalf of a Specially Designated Global Terrorist.

“The power and integrity of OFAC sanctions derive not only from its ability to designate and add persons to the Specially Designated Nationals and Blocked Persons List (SDN List), but also from its willingness to remove persons from the SDN List consistent with the law.

“The ultimate goal of sanctions is not to punish but to bring about a positive change in behaviour.

“The Department of State designated Boko Haram as a Foreign Terrorist Organization and Specially Designated Global Terrorist organization on November 14, 2013. The Nigeria-based group is responsible for numerous attacks in the northern and north-eastern regions of the country as well as in the Lake Chad Basin in Cameroon, Chad, and Niger that have killed thousands of people since 2009.”

The Federal Government had in February, claimed it uncovered 96 financiers of Boko Haram and the Islamic State of West Africa Province (ISWAP) were uncovered in the country between 2020 and 2021.

There have been allegations of insincerity and cover-ups against the Federal Government in the fight against terrorism in the country.

The Federal Government is alleged to be pampering bandits and terrorists wreaking havoc across the country especially in the North, while using brute force against peaceful agitators for self- determination mainly from the South.

The ugly side to the beautiful game by Ayo Ambrose Alli