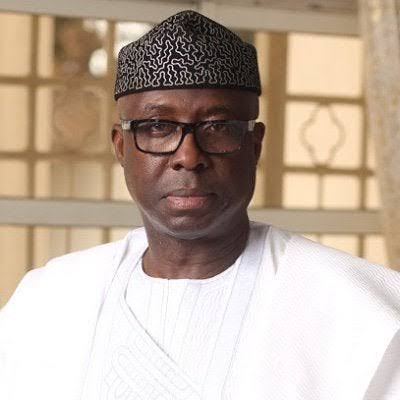 Michael Onwuka, Enugu.
The Enugu Chamber of Commerce, Industries, Mines and Agriculture (ECCIMA), has raised concern over the continued neglect of the International Trade Fair Complex in Enugu.
The President of ECCIMA, Mr Jasper Nduagwuike disclosed this on Tuesday in Enugu during the formal opening ceremony of the 33rd Enugu International Trade Fair.
Nduagwuike said it was sad that all appeals for the Federal Government to develop the trade fair complex in the last 37 years had not yielded any result.
The President said that ECCIMA would have no option than resort to self-help to ensure that the complex was given a face-lift.
He said that the fair was supposed to be an international event, showcasing Nigeria.
“What this means is that whatever impression people leave here with, will be the impression they have about Nigeria and not about ECCIMA,” he said.
The President appealed to the Federal Government to at least, put up some structures like exhibition hall and administrative complex to raise the bargaining power of the complex.
“This is the 33rd time that we are pleading with the Federal Government over a period of 37years that this complex which has remained 18 per cent completed since the 80s be given a facelift.
“We have made several visits to Abuja to bring this matter home to our parent ministry. However, probably due to the paucity of funds, nothing has been done,” he said.
According to him, the chamber has decided to take its destiny in its own hands.
“I can assure you that with the cooperation of public spirited individuals and perhaps the government, the 34th Enugu International Trade Fair will be declared open in a brand new pavilion.
“For those who will heed this plea, a golden memorial plaque shall be erected in their honour and where the funds donated can build the pavilion, the pavilion shall be named after the person,” he said.
He said that every single kobo donated to the cause would be to clean the image of the country before the international community.
“God willing, by next year, this fair will truly assume its international status as more than 20 countries have already shown willingness to participate,” he said.
Nduagwuike said that the current ECCIMA council which was inaugurated on February 5, 2022 had made the chamber more relevant and visible.
“We have become more relevant and visible, attracting for the first time in a very long while, sponsorship from reputable companies like Dangote and Nigeria Breweries Plc.
“With regards to excellence, I am sure that as you entered the fair ground, you must have noticed very obvious changes that point to our pursuit for excellence.
“We still have a long way to go but we are encouraged that we have taken steps toward the realisation of the social contract we entered into with our members and the general public,” he said.
Nduagwuike commended the Secretary to the Government of the Federation (SGF), Alhaji Boss Mustapha for honouring the invitation to attend the event.
In a keynote address, Mustapha described the Enugu International Trade as one of the foremost international trade fairs approved by the Federal Government.
The SGF was represented by the Permanent Secretary, General Services, Office of the SGF, Mr Maurice Mberi.
He said that the fair was meant to showcase not just the South-East region but the country at large, adding that the fair is dear to the Government for the growth of commerce and industry.
“Let me salute the managers of the fair for remaining resilient in organising the trade fair over the years against all odds.
“It is my strong belief that this edition will provide valuable platform for networking and promotion of new ideas among business operators, research institutes , policy makers and industrial operators,” Mustapha said.
Also, Gov. Ifeanyi Ugwuanyi of Enugu State said that his administration recognised the private sector as a key partner in development.
Ugwuanyi, who was represented by the Deputy Governor, Mrs Cecelia Ezilo, said that his administration was at the forefront of providing enabling business environment.