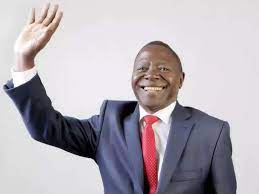 Sen. Julius Ucha, one of the aspirants

A former senator in Ebonyi State, Senator Julius Ucha, has declared his intention to vie for the governorship position of the state under the platform of the All Progressives Congress, APC, in 2023.

Ucha made the declaration when he paid a courtesy call on the State Working Committee of the party.

His words: “I am here to inform the party leadership of my intention to run for the governorship of Ebonyi State come 2023. It is over a month now that the political space was thrown open by our leader and we are also aware that the zoning arrangement is that the governorship position will either go to Ebonyi Central or North.

“We are also aware that the zoning committee has graciously put in place the micro zoning of where the governorship will go to. I am a man that complies with the rules”.

Ucha, who was the pioneer Speaker of Ebonyi State House of Assembly and a two-term Senator, promised to sustain the infrastructural development put in place by the present administration under Governor David Umahi.

“One thing I have told myself is that I am not a desperate person. I have never been desperate. Nothing bothers me. My Hypertension is 110/70. We have to work hard and not take anything for granted.

“While maintaining the standard and sustaining the gains; in securing the future, the governor has laid the foundation for human resource development and empowerment. I will consolidate the human resource development and empowerment through education, agriculture, through sustenance of the state-of- the- art health facility and through industrialization”, Ucha promised.

The Governorship aspirant further urged the APC leadership in the state to open the space at the local areas so that aspirants could start reaching out to people and make the party vibrant in all the nooks and crannies of the state.