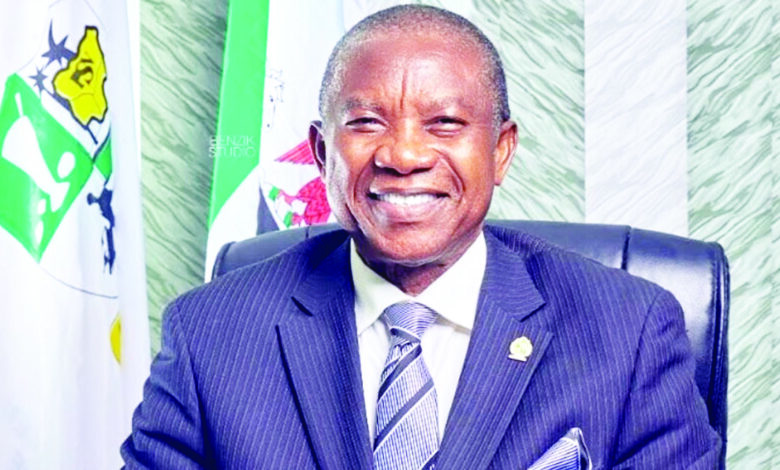 According to the former President, Pharmaceutical Society of Nigeria, PSN, the monsters include poverty, corruption, insecurity and injustice.

He said that until these demons are ‘cast away’ by responsible and responsive Government, the country’s dream of peace and economic emancipation would remain elusive.

Ohuabunwa who spoke with newsmen Friday evening when he visited the PDP secretariat Umuahia, where he came to present his presidential nomination and expression of interest forms, and to solicit the support of the party leadership for his ambition, regretted that instead of confronting the identified basic challenges of the country, the leaders were only playing to the gallery.

The PDP presidential hopeful said that only a holistic approach towards tackling the monsters would end the country’s woes.

He challenged leaders of the country to be sincere about finding solutions to the issues threatening the peaceful co-existence of Nigeria.

Ohuabunwa promised to turn Nigeria into an investment haven if voted into power, adding that with adequate investment and the concomitant job opportunities, insecurity would naturally abate in the country.

“If I become President, I will turn Nigeria into investment haven. There will be both local and international investments.

He promised to reform the nation’s education system such that tertiary institutions’ final year undergraduates would be required to come up with two business plans instead of the current practice where they are asked to write “useless projects” some of which are plagiarized.

Ohuabunwa said his administration would establish Small Business Development Authority, SBDA, in every Local Government Area, to review such business plans by final year students with a view to properly guiding them and providing support for the ones with economic viability.

Mazi Ohuabunwa said that before he decided to go into partisan politics, he had at different fora including his days as the Chairman of the Nigeria Economic Summit Group, volunteered solutions on how Nigeria could be taken out of the woods but regretted that the political class had been chasing after the wind.

He said that Nigeria would not record any progress if the country were left in the hands of traditional politicians who have no second address but see politics as their only source of livelihood.

The Arochukwu, Abia State-born technocrat, promised to re-engineer Nigeria and make it work, habitable, and enjoyable by all.

Asked if PDP aspirants from South-East could produce a consensus candidate as a strategy to ensure the PDP ticket does not elude the zone, he said such an option was on the table.

Ohuabunwa said all PDP presidential aspirants from South-East were synergizing and would not hesitate to step down for one of them to emerge.

He also urged prominent Igbo leaders to be speaking up for power shift to the South-East in 2023, and to be reaching out to other zones to enlist their support.

Ohuabunwa said the South-East has heavily endowed and competent presidential materials that could quickly re-fix Nigeria if given the opportunity.

He urged other geo-political zones to stop holding the South-East with suspicion, saying that Ndigbo are committed to making Nigeria a great nation.