By EditorApril 2, 2022No Comments2 Mins Read 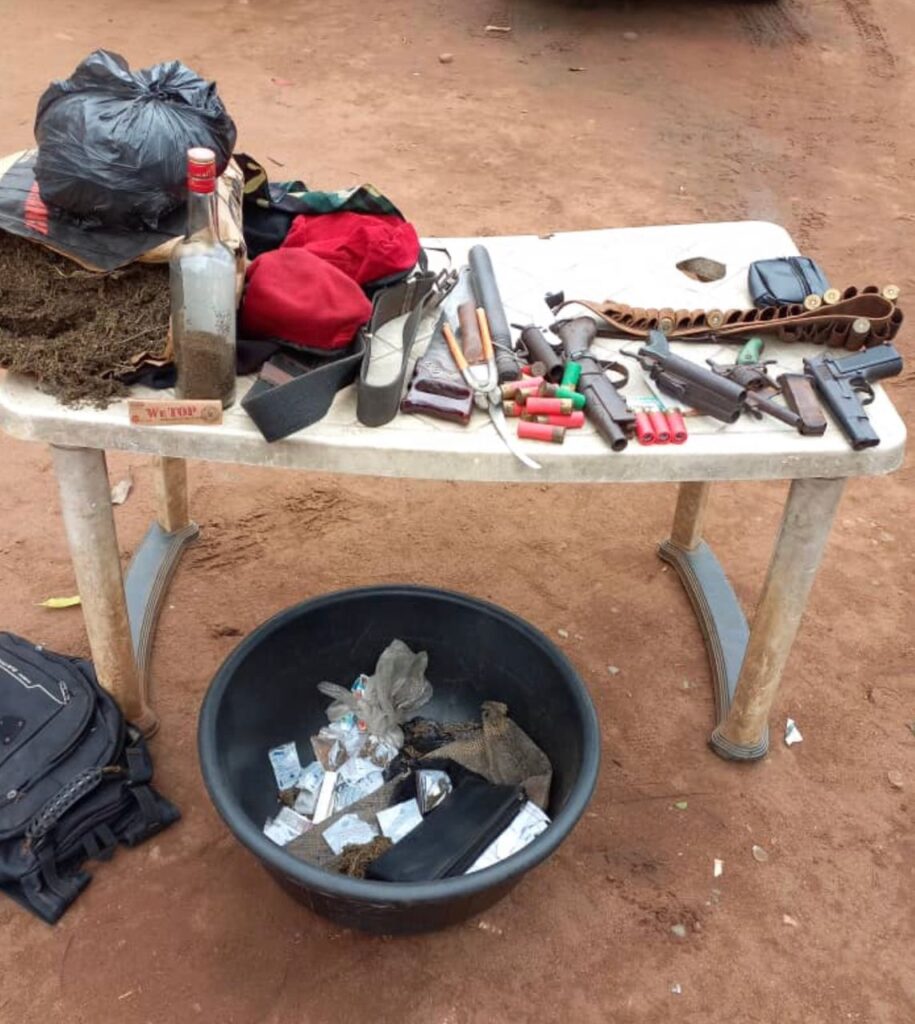 The Imo State Police Command on Saturday said it had raided a location in the Atta Community, Njaba Local Government Area, used as hideouts of the hoodlums who attacked the Mbieri Police Station in Mbaitoli LGA of the state, last Friday.

Police gave the names of the suspected hoodlums who allegedly carried out the attacks, stating that two of them were among the inmates that escaped from the April 2021 Owerri jail break.

The suspects according to police, were one Solomon Umunakwu ‘male’ and Uzoma Umunakwe ‘male’ both natives of Mbieri in Mbaitoli LGA of Imo.

A release by the Police read in part: “The police operatives, after a diligent gathering of credible intelligence which revealed that one Solomon Umunakwu ‘m’ and Uzoma Umunakwe ‘m’ both natives of Mbieri in Mbaitoli LGA of Imo State, escapees from Imo Correctional Center Jail Break of 5th April 2021; Kelechi Onuoma ‘m’ aka Ikaba and Kelvin Onuoma ‘m’ aka Alabalaba, both natives of Atta in Njaba LGA of Imo State in the company of their gang members led the foiled attack on Mbieri Police Station.

“The Command’s tactical teams on the same day of the incident at about 1450 hours, mobilised and stormed the house of Solomon Umunakwu in Mbieri. The hoodlums on sighting the police operatives took to their heels abandoning their two operational vehicles used during the foiled attack, a Blue Colour Toyota Corolla LE with registration number ABC 695 HA, and one ash colour Acura MDX SUV vehicle with registration number RRT 149 AG respectively.

“Following the recovery of the vehicles, the police operatives then moved to the hideouts of other gang members in Atta in Njaba LGA of Imo State.

“On searching the hideouts, the following items were recovered; three locally made pistols, one cut to size gun, one Beretta pistol number NAF-P 3296, one dagger, four rounds of live cartridges, two police belts, and one Eastern Security Network uniform.

“Others include one black beret, one army camouflage scarf, two big sacks of weeds suspected to be Indian hemp and one iron saw blade.

“Meanwhile, police operatives are on an aggressive manhunt for the fleeing hoodlums,” the police said.