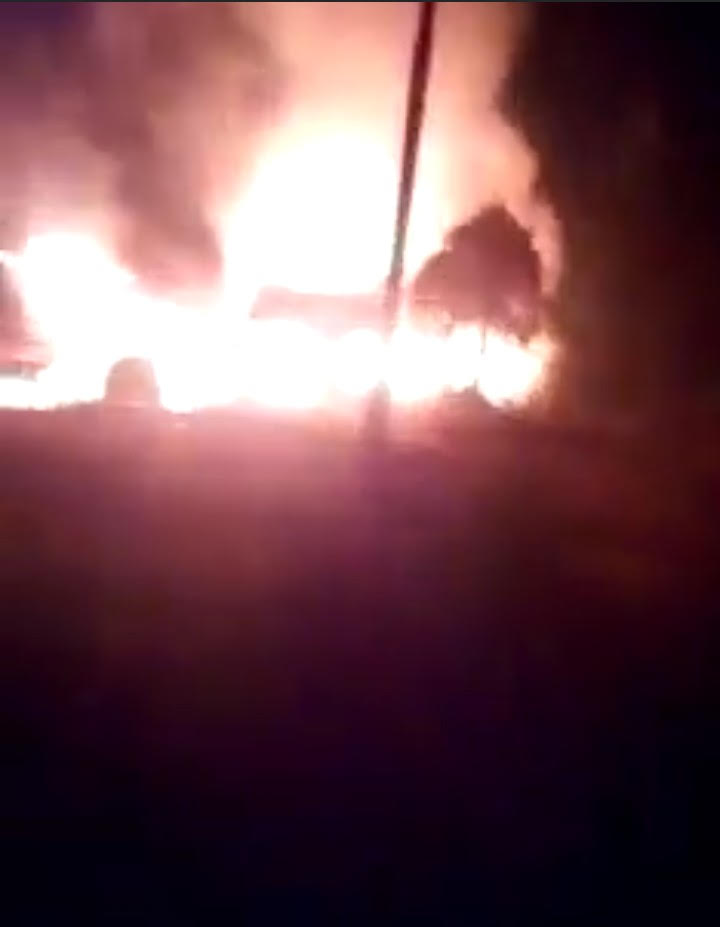 Ikengaonline gathered the incident took place early hours of Sunday, at about 03:13 a.m.

Some of the villagers who spoke to Ikengaonline, said they started hearing gun shots and voices of large number of young men after which they set ablaze the council headquarters using petrol bombs.

According to an eyewitness, “These boys were many, they moved round in their vehicles shooting and making a lot of noise. They were making that noise up to an hour.

“While the noise was going on, they were still shooting in the air. Many things were destroyed in that council. They destroyed more than eight vehicles. They burnt the offices and carted away so many things.

“Even till this morning, the council was still burning because the fire was so much. They used petrol to put fire in the building.”

“I remember when that was happening a lot of people escaped from their houses ran to neighbouring communities thinking that after the burning of the council, the hoodlums will start burning other houses in the area. It was a terrible night for all of us living around.”

When Ikengaonline called the State Police Public Relations Officer, PPRO, Mike Abattam, he said officially he had not gotten any information on the incident.