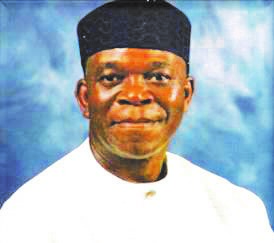 Following last Saturday’s controversial Imo state chapter of the Peoples Democratic Party, PDP, ward congresses, that allegedly was inconclusive, the PDP, on Monday said it had handed over 25 out of 27 result sheets to the Department of State Services, DSS, in the state until the issues are resolved.

The State Chairman of the Party, Engr. Charles Ugwuh, made this known to newsmen in Owerri.

The party chairman said the action was in agreement with leaders of the party since the panel sent from Abuja to conduct the ward congress failed to provide the complete 27 result sheets for the ward congresses.

The PDP stated: “We Invited you today to keep you abreast of the progress made so far about the conduct of our Ward Congress to elect the three ad hoc delegates which began yesterday. This is in keeping with our tradition of open accountability and inviolable internal democratic principle.

“In line with the provisions of our Party Constitution and Guidelines for the conduct of primaries, the PDP in Imo State, April 30, 2022, prepared and mobilized our members for congresses at the 305 electoral Wards of the State. What, however, is to be noted is that the five-man Electoral Panel for the Ward Congresses, sent by the PDP National Secretariat to conduct the exercise did not come with the complete result sheets. Meanwhile, the exercise had almost been concluded in most wards where the option of consensus or harmonization was reached.

“It is curious to note, that out of the twenty-seven Local Government Areas, result sheets displayed by the Panel were twenty-five – for 25 LGAs, while those of Ideato North and Ideato South could not be found and there was no explanation for their disappearance.

“This inexplicable disappearance of the result sheets consequently raised a very serious question about the integrity of the team from our National Secretariat and indicated that the process was already obviously compromised.

“This necessitated the critical stakeholders to resolve to allow the Department of State Services (DSS) in Owerri to take custody of the results since the exercise could not proceed as planned with incomplete result sheets.

“However, when we got to the DSS office today and duly retrieved the result sheets, we were embarrassed that contrary to our earlier decision, the Electoral Panel Members refused to bring the materials to the State Party Secretariat. They instead planned to jet out to Abuja with the result sheets. This sinister plot was resisted by officers and members of Imo State PDP, who once again called for the intervention of the DSS, which in its magnanimity accepted to continue keeping the result sheets in its custody.”

“So, till this moment, the DSS is still with the result sheets for the twenty-five Local Government Areas while the missing two have not yet been found. The exercise, therefore, remains inconclusive.

“The worries which the public has expressed over this development are understandable and appropriate, too. It simply demonstrates the popular faith in our party and the unwavering eagerness of the people to come out en masse to vote the PDP into power in Imo next year, given the urgency to salvage the state from the barbarous clutches of maladministration, waste, insecurity, infrastructural decay, and overall ruinous misrule,” PDP said.