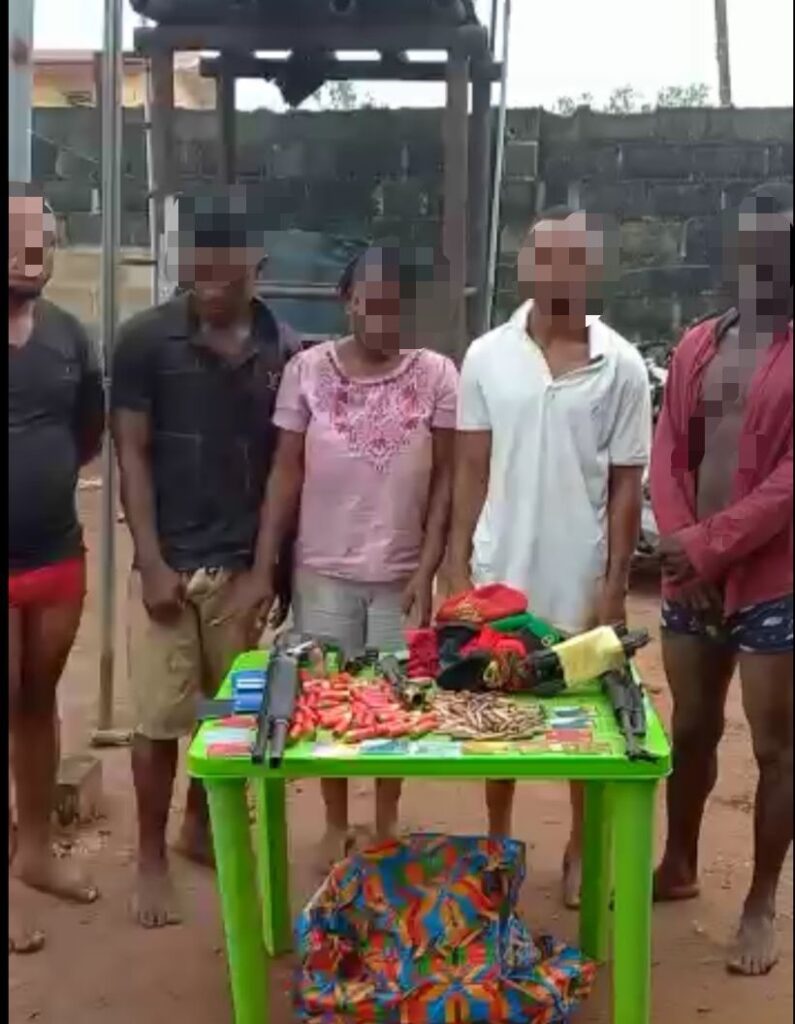 Some of the suspected kidnappers paraded by the police

Police Public Relations Officer, PPRO, Michael Abattam, disclosed this in a statement to newsmen while parading the suspects at the Command’s headquarters in Owerri.

The police gave the names of the victims, who they said were kidnapped on April 30, 2022, as Dominic Chukwuma and Silas Nnawubia.

“Following a report of the kidnapping of one Dominic Chukwuma and Silas Nnawubia respectively, received by the Command’s Anti-Kidnapping Unit on 30th April 2022.  The Operatives immediately swung into action. After gathering both credible and technical intelligence where the radar revealed the location of the criminal’s hideout in Ahiazu Mbaise LGA of Imo State.

The Police continue: “In the course of interrogation, the suspects confessed to the crime of kidnapping and revealed how they escaped from Imo Correctional Centre Jailbreak of 5th of April 2021, and after they escaped, they got a safe hideout in Ahiazu Mbaise, formed a kidnapping syndicate with their hideouts in strategic areas in the State. And have been the ones involved in most of the deadly kidnapping incidents recorded in the state.

“On searching the kidnappers’ hideouts thoroughly, the following items were recovered. They include one AK47 rifle, breech number 1142 with eighty-four rounds of live ammunition, four locally made Pistols, forty-six rounds of live cartridges, one Toyota 4Runner SUV vehicle belonging to the victim, multiple banks ATM cards stolen from their victims and the personal belongings of the victim. Meanwhile, the victims have since been reunited with their family members and an aggressive manhunt is on to arrest the remaining members of the syndicate at large,” Police said.