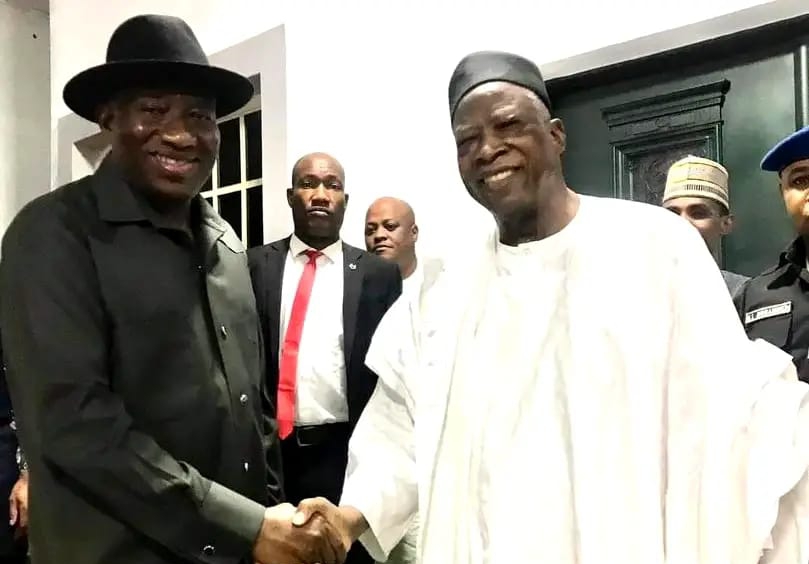 By Our Reporter, Abuja

Former President Goodluck Jonathan is not vying for the office of the President of the Federal Republic in 2023 says his Special Assistant on the Media, Ikechukwu Eze.

This is coming as a Fulani pastoral group last night purportedly purchased the APC nomination forms for the former President claiming he was the best choice for the country in 2023.

Ikengaonline reported the leader of the Group, Ibrahim Abdullahi, as justifying their decision to purchase the forms for Jonathan.

“You may recall ladies and gentlemen of the press that during Goodluck Jonathan’s era he was the first president since independence of Nigeria who had found it expedient, who was magnanimous enough. Some of us remember the almajiri community, he brought a comprehensive policy of reformation and integration of the almajiri into the mainstream educational system in Nigeria. It was the dream and the vision of President Goodluck Jonathan that if that program had continued it would one day produce from the Almajiri system of education: Doctors, engineers, etc. Unfortunately, that program was kept aside as soon as he left. Other parts of the community (the vulnerable community) that Goodluck Jonathan wanted to really give a sense of belonging was the Fulani community – the nomadic pastoralist…”

Even President Muhammadu Buhari’s special assistant on the new media, Bashir Ahmad, seemed to confirm the story by suggesting that Jonathan had joined APC in a tweet via his verified Twitter handle.

“So Goodluck Jonathan has dumped the opposition PDP and now member of our great party, the All Progressives Congress (APC),” Ahmad tweeted about 8.34pm, last night.
But in a swift reaction, the former President’s aide dissociated Jonathan from the race claiming it was even an insult on the former President.

“It has come to our notice that a group has purportedly purchased Presidential Nomination and Expression of Interest forms, of the All Progressives Congress APC, in the name of former President Dr. Goodluck Ebele Jonathan.

“We wish to categorically state that Dr. Jonathan was not aware of this bid and did not authorize it.

“We want to state that if the former President wanted to contest an election, he would make his intentions clear to the public and will not enter through the back door.

“While we appreciate the overwhelming request by a cross-section of Nigerians, for Dr. Jonathan to make himself available for the 2023 Presidential election, we wish to state, that he has not in anyway, committed himself to this request. Buying a presidential aspiration form in the name Dr. Jonathan without his consent, knowing the position he had held in this country, is considered an insult to his person. The general public is therefore advised to disregard it, “Jonathan’s aide said in a statement.