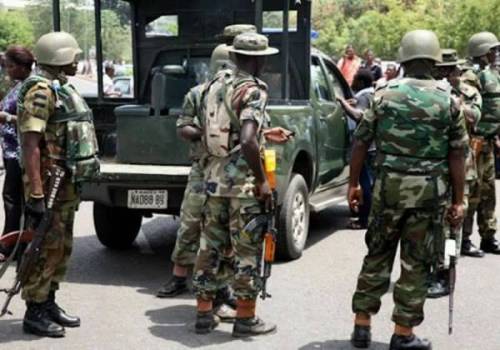 The International Society for Civil Liberties and Rule of Law, on Sunday allegedly put the figure of Internally Displaced Persons, IDPs, in the South-East region to eight thousand persons and blamed the security forces, Eastern Security Network, ESN, criminals for being responsible.

They said the number of IDPs resulted from the alleged killings and burning of houses in the region.

According to Intersociety, “Going by our recent updates arising from our special report of 19th January 2022 (How Security Forces, Jihadists killed 1400 Defenseless Civilians In 14 Months (Oct 2020-Dec 2021). In Eastern Nigeria, Abducted/Arrested Over 4800; Disappeared 1000; Attacked 100 Igbo Communities; and Burnt Down or Destroyed 1000 Dwelling Houses and Other Properties Valued At Over N40B); mass killing of members of defenseless Igbo civilian population of South-East extraction and burning down or pillaging and plundering of their properties including ancestral dwelling houses have continued unabated and unchecked in the past four months of 2022.

“This is to the extent that no fewer than 400 defenseless civilians have been sent to their early graves. While security forces especially soldiers and police crack squads took responsibility for 200 deaths, Fulani Jihadists killed not less than 60 defenseless Igbo civilians, street criminal entities and suspected state actors raised armed counterfeiters took responsibility for the remaining 150 deaths.

“Some innocent civilians have also died in the past four months in ESN’s “collateral” and “saboteurs” killings. At least 40 more Igbo communities were attacked, and 400 defenseless civilian homes were razed or burned down or destroyed.

“In each of the ancestral Igbo communities attacked by soldiers and their bureau militia allies as well as various police crack squads and “special forces”, at least ten houses and their properties were set ablaze or destroyed. The total property loss associated with the burning or destruction of the 400 ancestral Igbo homes is estimated at N16b-N20b. This is on average of N30m-N40m for each of the houses and their properties under attack.”

“The burning down of no fewer than 400 homes belonging to ancestral Igbo natives by security forces has also generated at least 8000 internally displaced persons and forced them into taking refuge in their extended families located outside their razed or burned down ancestral homes,” Intersociety said.