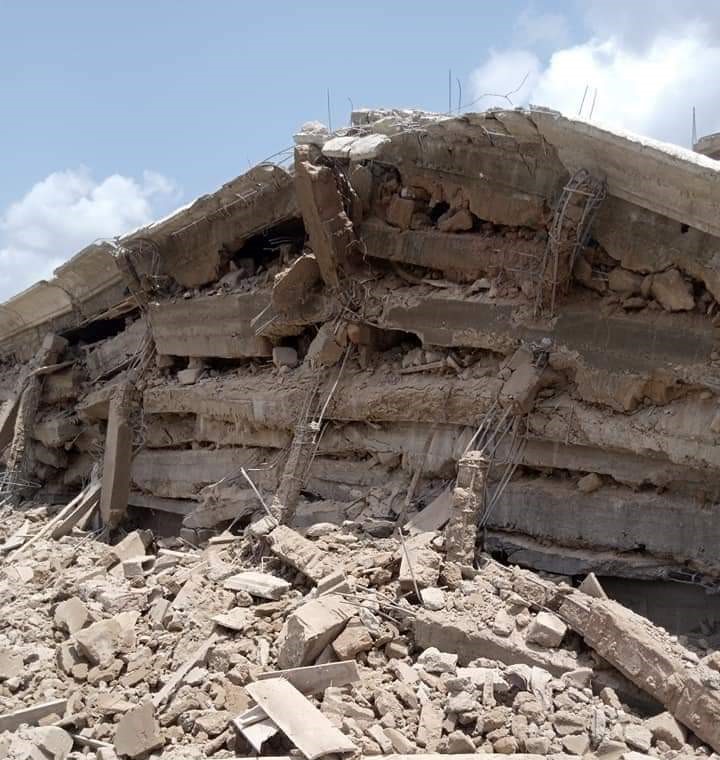 Debris of the collapsed building

A five-storey building, which was under construction, has collapsed in Abakaliki, capital of Ebonyi State.

It was gathered that construction workers ran out of the building seconds before it collapsed.

The building is at Ngbabor, off-Presco campus of Ebonyi State University, Abakaliki.

No casualty has been recorded at the time of filing this report.

When our reporter visited the scene of the incident, government officials were seen inspecting the collapsed building, apparently to find out what went wrong.

A handful of residents of the area gathered around the scene. Some police officers and Ebubeagu operatives were also seen trying to cordon off the collapsed building.

Residents said the building collapsed around 2:00 pm on Tuesday.

A resident said the construction workers at the site ran out of it as soon as the building started vibrating before it eventually collapsed.

One of the twin buildings was still standing, but government officials warned residents to stay away from it because the integrity of the structure could not be guaranteed.

There have been frequent cases of building collapse lately around the country, especially in Lagos State, Nigeria’s South-West.